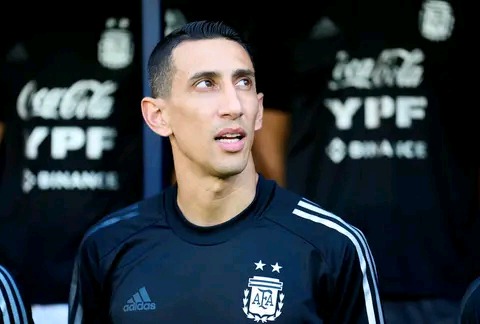 Angel Di Maria contract with the Paris saints German is set to expire at the end of this season leaving him without a club.

The Argentina international does not lack suitors. His agent George Mendes has offered him to Barcelona. Di Maria who had an anti Barcelona clause in his contact when he left Real Madrid for Manchester United in 2014. The clause prevented him from joining Barcelona from Manchester United. The Madrid team felt that by Di Maria moving to Barcelona, He would be strengthening their opponent. That clause has since expired after moving to PSG.

With his contract expiring, any team can now sign him and Barcelona has been searching for his service. Barcelona has been suffering from financial constrains which prevent them from signing new players. They can only afford free agents and maybe if they can manage to sell some of their players to raise funds for the new players.

Barcelona was set to sign Di Maria as a free agent. This has now change as Di Maria is now set to join Juventus. This could be a huge blow to Arsenal FC because Barcelona will now switch their attention to Brazilian attacker Rafinnha. Rafinnha's agent is Deco who is a close friend of Barcelona. He had already offered Rafinnha to in February where the two parties had already agreed on the contract of the player. The only issue remaining is the agreement between the two clubs.

Arsenal have recently switched their attention to Leeds United winger Rafinnha after capturing Gabriel Jesus. Arsenal are likely going to loose the battle as Rafinnha always give a move to Barcelona first priority. 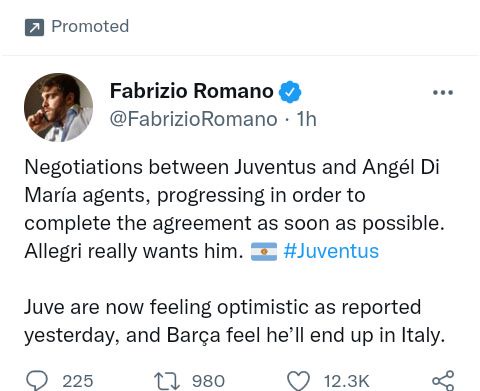