Welcome to daily England Football Analysis. The 13th leg kicked off today on 27th of November. According to UEFA rules and regulations of football, there were only 6 scheduled clashes on field to mark day Sunday as an evidence of the match. Below shows a screenshot of the hosted events. 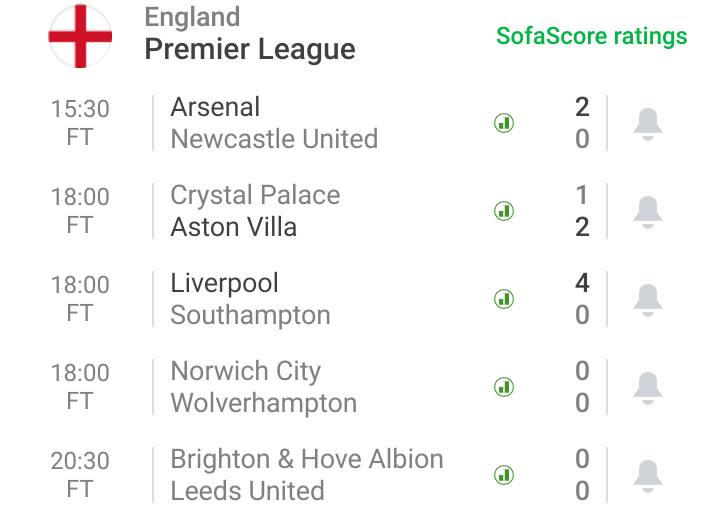 Earlier enough during the day, the Gunners hosted Newcastle united at the Emirates stadium. The first half of the game between the two teams, was a draw of neal goals. Second half marked Arsenal to lead full time through Bukayo Saka on the 56th minute then consecutively Gabriel added another on 66th minute to end 2-0 win. 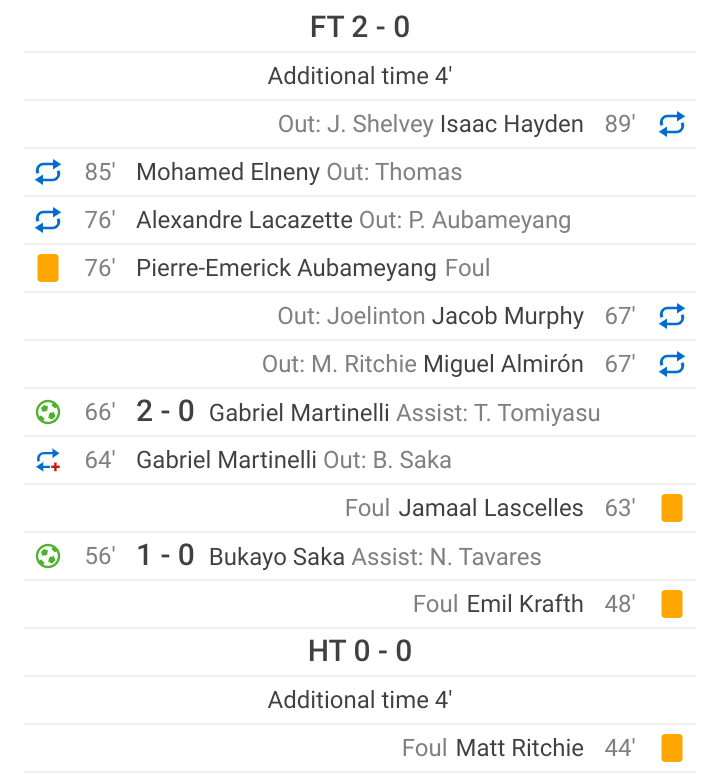 Liverpool vs Southampton was such an event of goals. It isn't a surprise with the Reds to score over 4 goals in a single match, they're getting used to. First half ended 3-0 with Diogo Jota on hitting the net on both 2nd 32nd minute and Thiago Alcantara finalized on 37th minute. Furthermore, Virgil van Dijk closed the chapter on 52nd minute winning a clean-sheet of 4-0. 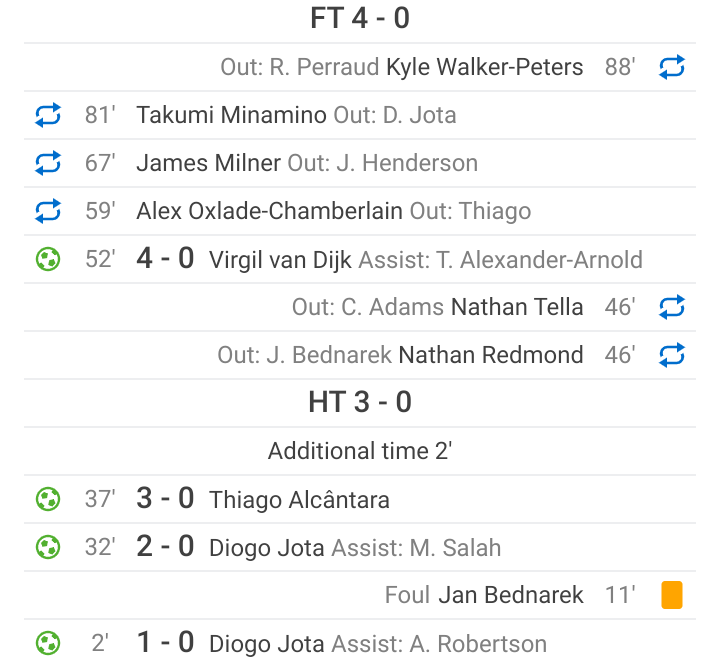 Aston Villa begun their dominance over the Crystal Palace early enough on the 15th minute through Matt Target who ended first half ahead 0-1. Second chance with goalkeeper was approved by John McGinn on 86th minute for the Villains while Marcus Guehi equalized one goal on the last minute ending the clash 1-2. 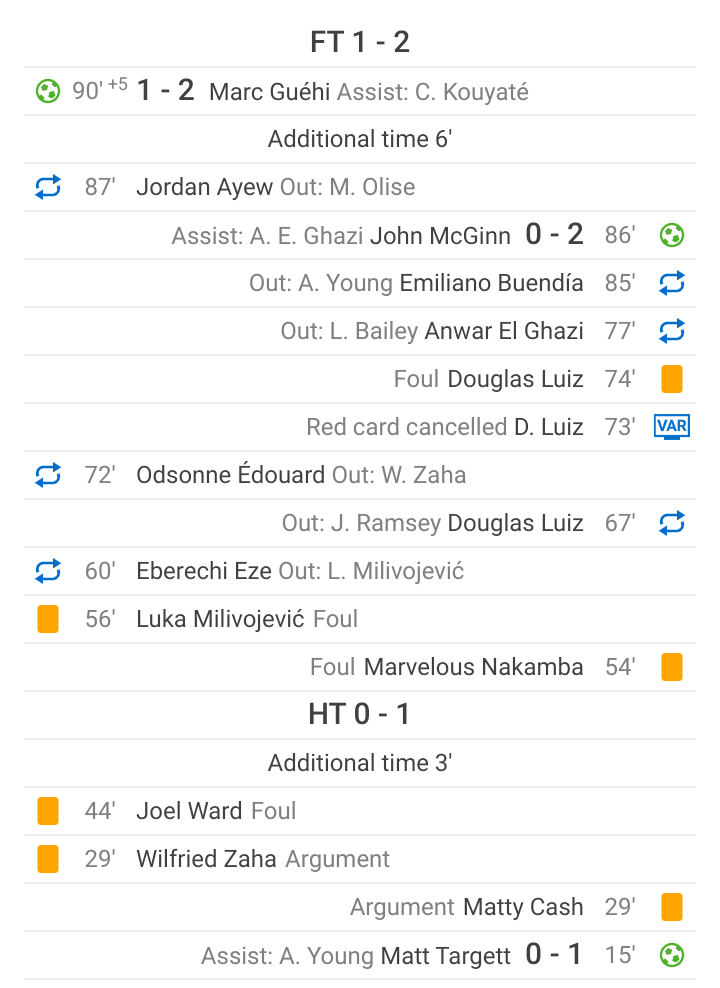 Norwhich City vs Wolverhampton was a hard event for the both side's. None of the opponent proved to be physically fit. The game 0-0 full time.

Brighton Alvion vs Leeds united was a tight event between the two teams. Hence the match ended a draw of 0-0 full time. 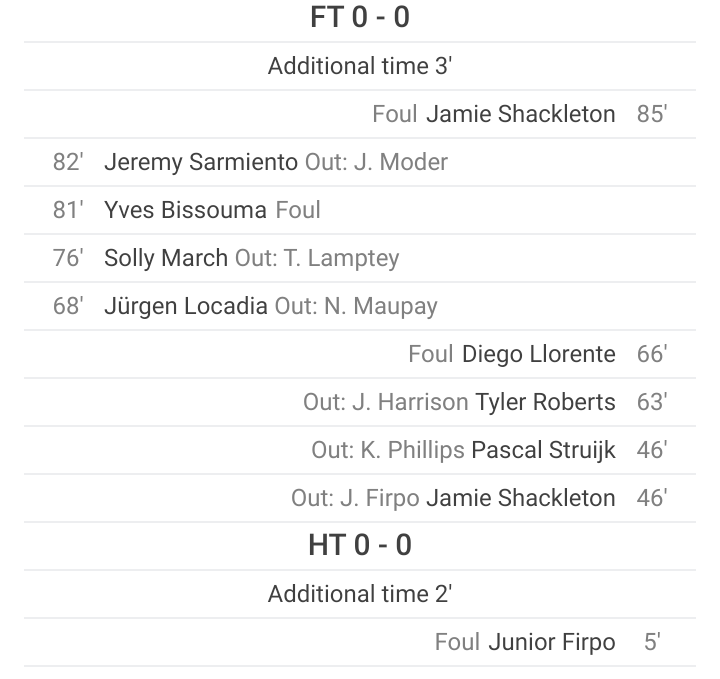 After a great dominance from Liverpool and Arsenal clean-sheet of 2-0. The changes in top 5 teams appeared to the reds on position 2 with 28 points while arsenal retains 5th position to tie 23 points with West Ham. Please study the table below for analysis. 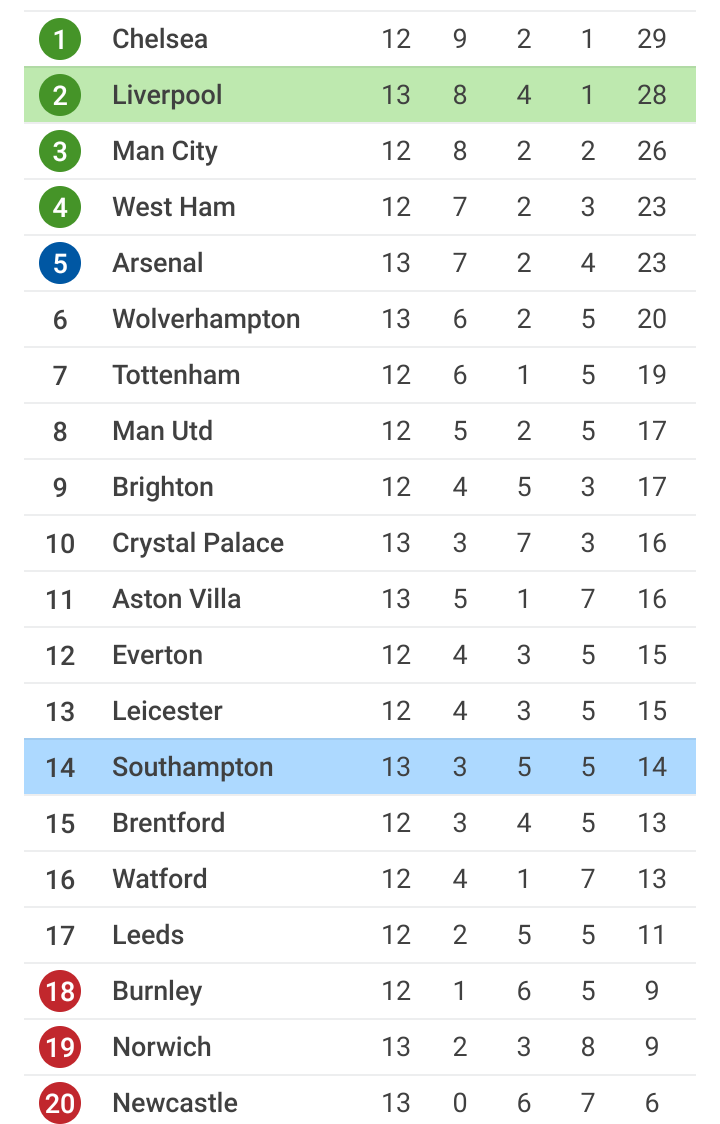 Humbly don't forget to follow me for more football news update. Thanks