Good afternoon and welcome to my daily sports updates.Tap on the follow link on the top right corner if you haven't done so to receive more news.Welcome. 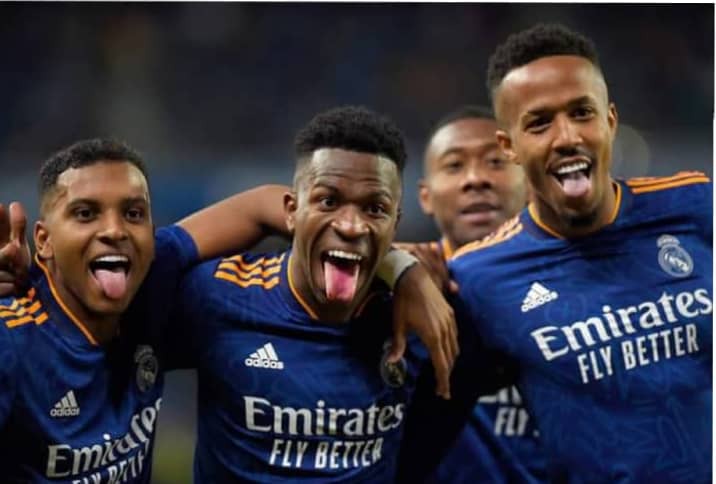 Real Madrid are set to extend the contracts of Brazilian trio of Eda Militao,Vinicious Junior and Rodrygo Goes. The three are set to sign contract deals for the historic side.According to Italian football guru, Vinicious Junior will commit his stay until 2027 while Militao and Rodrygo will extend their stay until 2028.The side has also slapped a one billion release clause on their contracts.That only shows the kind of talent the three Brazilian stars have on their career.It will he amazing for Real Madrid to stay with the three players who were the most outstanding last season, helping the side to win laliga and champions league respectively. 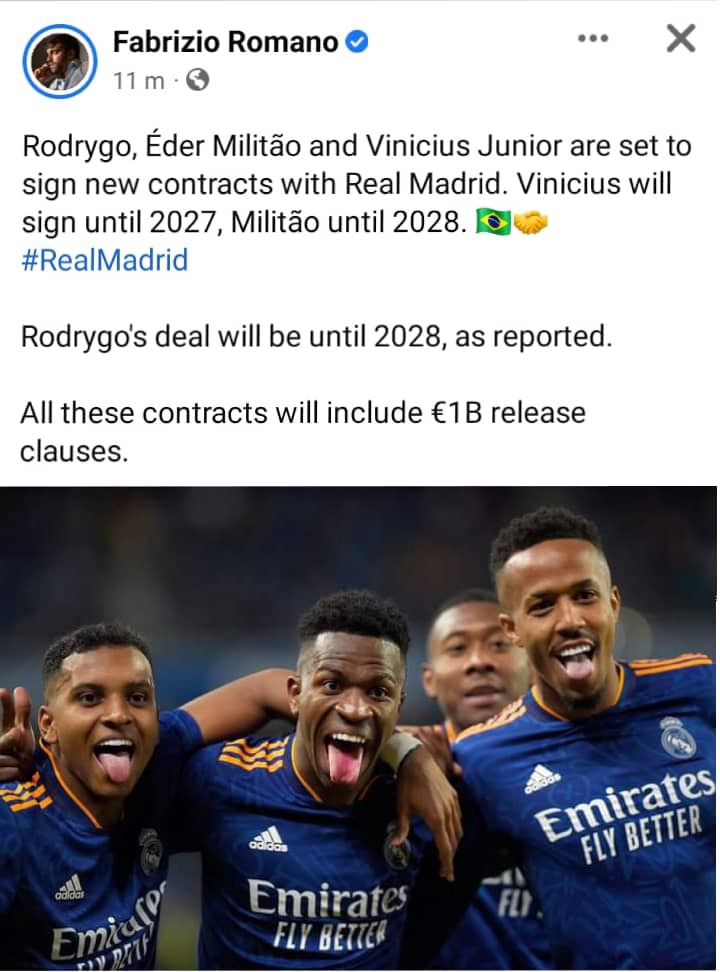 On the other hand,PSG have agreed to sign Sasuolo striker Scamacca for a fee of around £50 million. The Italian star was outstanding for his side last season netting 17 serie A goals on the way.He was linked with a move to Arsenal before the Gunners opted for Gabriel Jesus. Scamacca has accepted to join the French giants. Everything could be in place as both sides have reached an agreement. PSG allowed Argentinian forward Angel Di Maria to leave on a free transfer and is expected to sign for Juventus alongside Paul Pogba.

Germans bundle side Schalke 04 are set to complete the signing of Japanese defender Maya Yoshida.The former Southampton man is set to fly to Germany to complete his move.According to Romano Fabrizio,Yoshida has been heavily linked with the side and both sides have agreed to his move.The defender turned down several approach before accepting a deal with the Germany side. 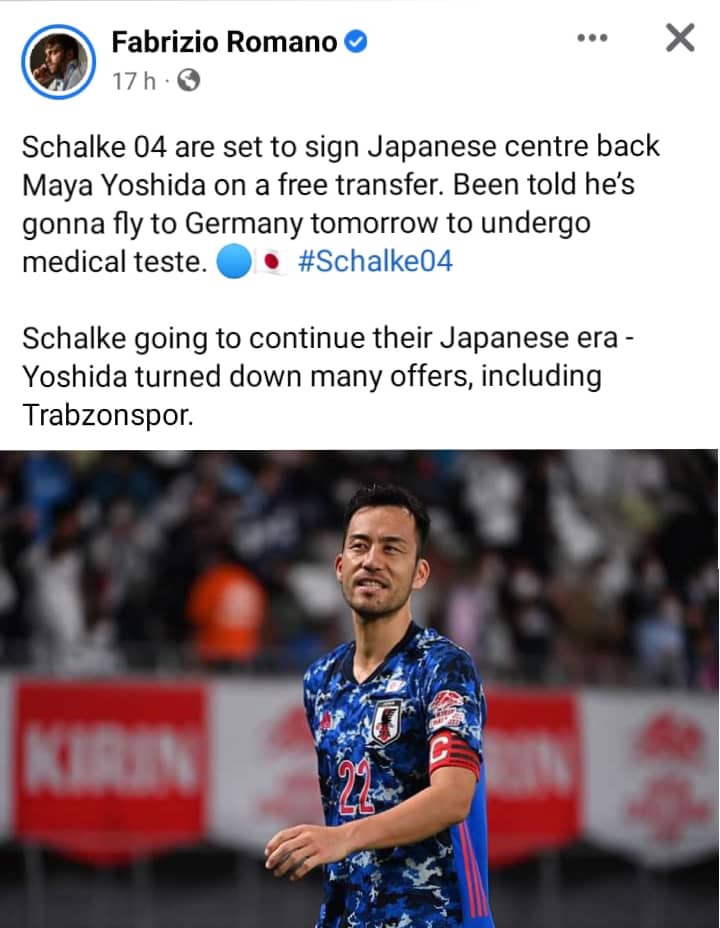 Aron Heckey will fly to England to sign his contract with Brentford. The Scotland defender was on the radar of Arsenal before they opted for Lisandro Martinez. According to Italian football guru Romano Fabrizio, the left back has accepted a deal with Brentford to join the side this summer.Elsewhere,Manchester United are pushing hard to acquire the services of Argentinian defender Lesandro Martinez. Ten Haag is believed to be serious about the move and has asked Manchester United to complete the signing as fast as possible. Arsenal are also pushing for the same.The player has already informed Ajax FC about his intention to move to the Premier league this season. 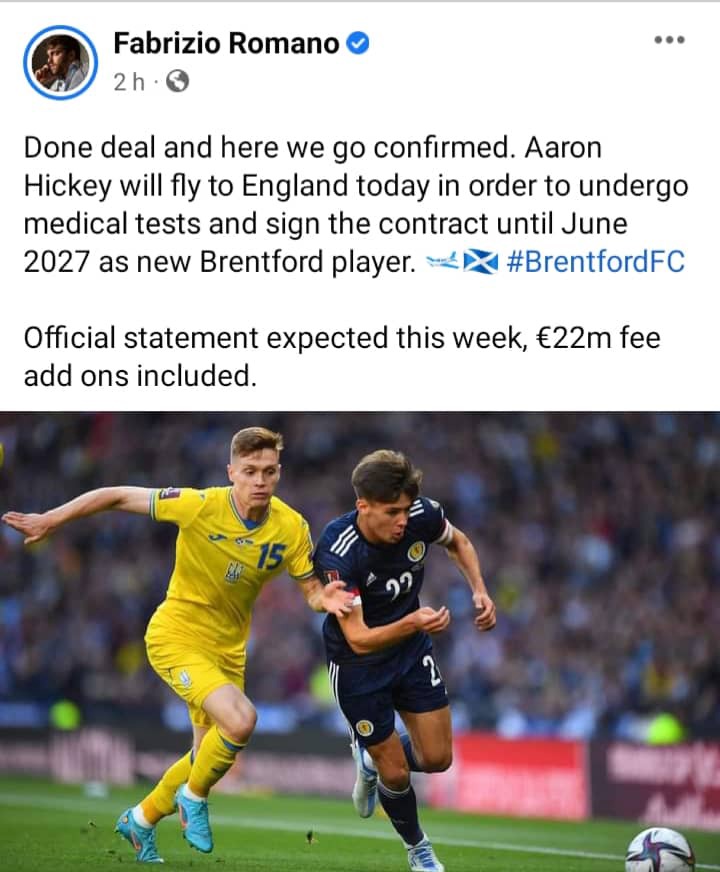 Christiano Ronaldo will miss the first training of Manchester and owing to family matters. The 37 year old Portuguese international has informed Manchester United about his international to leave this summer. On their hand,Manchester United have remained adamant that Ronaldo is not for sale.His agent Jorge Mendes has already explored the possibilities of a move to Bayern Munich and Chelsea. However,both teams have not decide on the move.Ronado does not see Manchester United as a team that will compete for the Premier league next season. He wants to finish his career with trophies.

Manchester United are still in contact with Barcelona over a move for Frankie De Jong.The Netherlands midfielder wants to stay at Barcelona as it is his priority club.However,Barca have been struggling with finances and he could be forced to cut his salary if he is to stay.The two sides are expecting to reach an agreement as soon as possible. Ten Haag wants to bolster his squad this summer as he looks to create a competitive side next season.We wish them all the best aheadFor more news updates tap on the follow link on the top right corner if you haven't done so to receive more news.