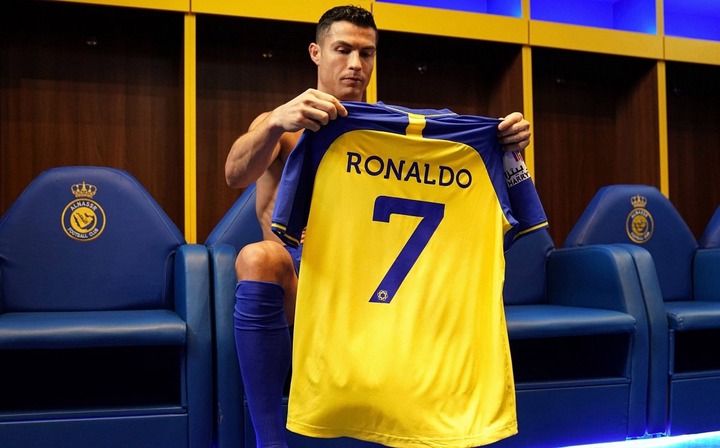 Cristiano Ronaldo's debut for Al-Nassr is still on hold after the former Manchester United superstar was left out of the matchday squad for the clash against Al-Tai.

Ronaldo was not even named on the bench in today's match. He was spotted in the VIP stands with the fans watching as his new teammates played the match. 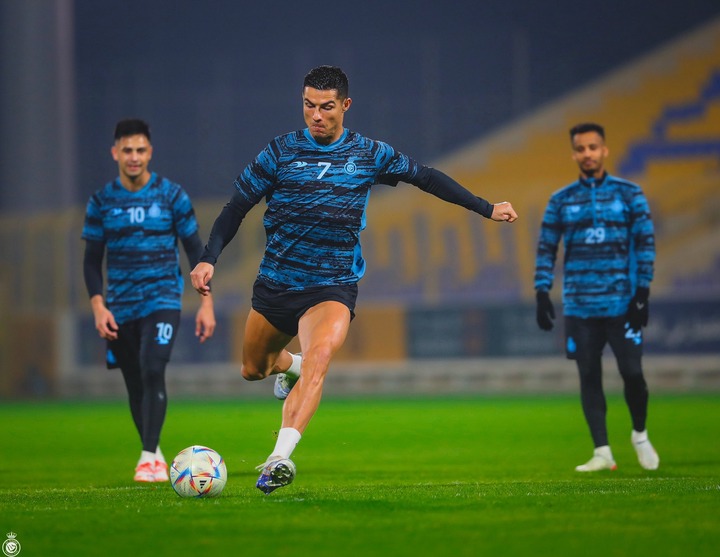 Ronaldo was seen giving his team a standing ovation after his teammates combined well to score a super goal.

In a viral video, Ronaldo offered the players a standing ovation as clapped with happiness

The ball was swung in the 18-box area from the right wing before a diving header put it away, leaving Al-Tai's keeper with no chance of making the save. 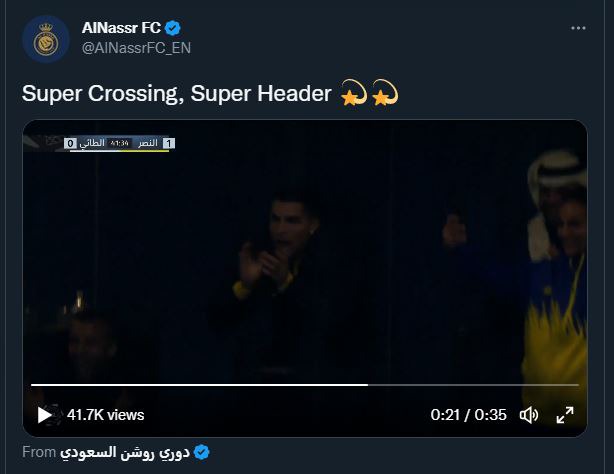 Despite being officially presented as an Al-Nassr player on Tuesday and taking part in a number of training sessions with his teammates, it is not clear why Ronaldo was not involved in today's match.

However, sources revealed that the forward is likely serving a two-game FA ban he was handed as a Manchester United player for smashing an Everton fan's phone.