Manchester United lost heavily to their arch-rivals Liverpool in what was a very poor performance that saw Liverpool score five goals. This has left many Manchester United fans demanding for Ole Gunner Solskajer to be fired. This has however left many divided on who should replace him with some of the big names having been liked with the job should it become vacant. 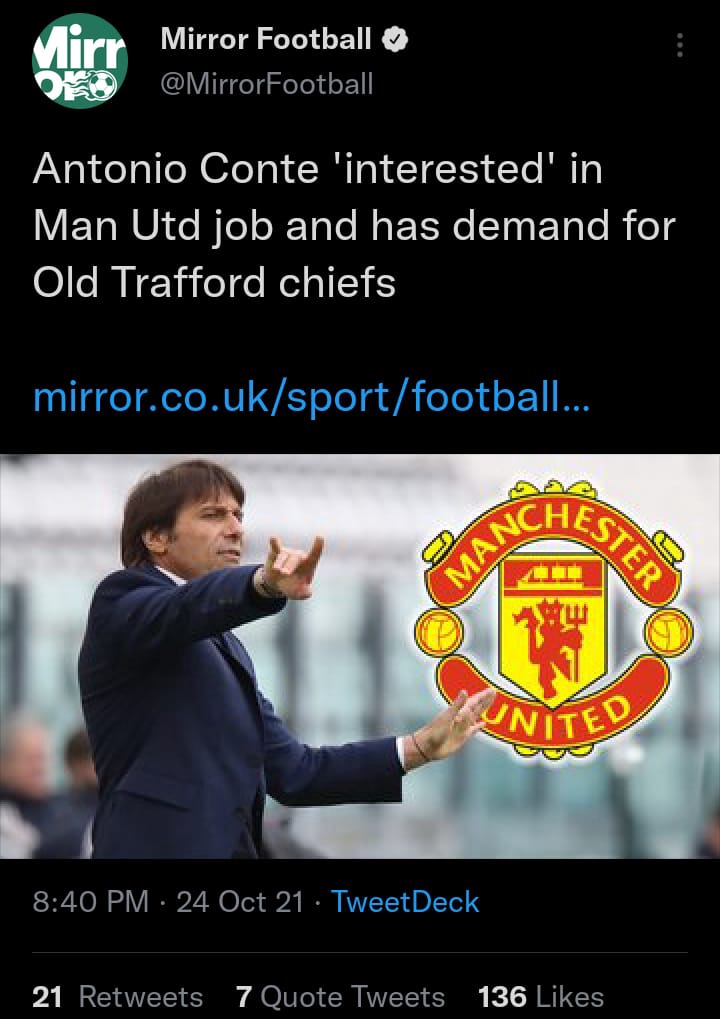 The Mirror now reports that Former Chelsea and Inter Milan manager Antonio Conte is interested in taking over United should he be given what he wants.  The report states that Conte has demanded that he should be given enough funds to make signings that can be able to make Manchester United title contenders again. Conte resigned from Inter Milan in the summer after what was seen as a disagreement with the management over transfers. 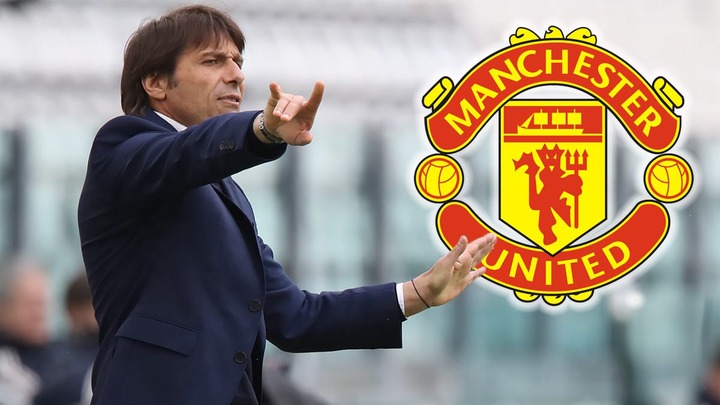 Conte wants to join a team that can win the champions league as it is his aim to win it having failed to win with Juventus, Chelsea and Inter Milan previously. However former Real Madrid manager Zinedine Zidane and Brighton’s Graham Potter are some of the names that have been linked with the United job.