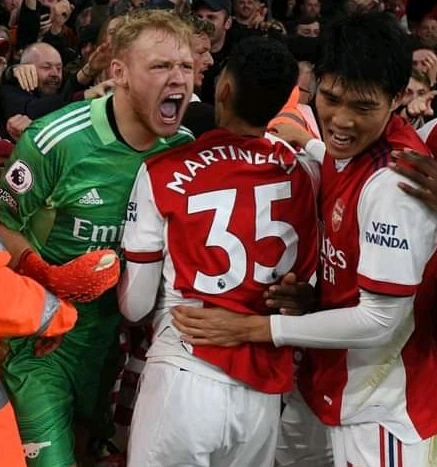 Arsenal have reignited their winning mojo under Manager Mikael Arteta after a recent 3-1 victory against Aston Villa last weekend. Arsenal have produced two best players to watch ahead of their Premier League clash against Leceistet City on Saturday at Kingpower Stadium. Arsenal two stars to be watched include Goalkeeper Aaron Ramsdale has kept 3 clean sheets in 5 appearances for Arsenal and Thomas Partey who became first Ghanian player to score for the Gunners has been consistent in the midfield. Manchester United are optimistic to bounce back to winning ways against Tottenham Hotspurs this Saturday in the EPL as Bruno Fernandes, Rashford, Greenwood and Ronaldo are set to shine. 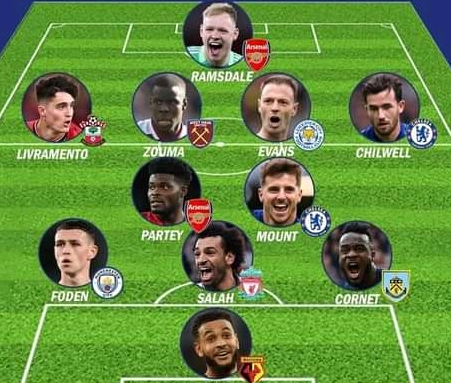 Chelsea have been consistent with positive results both in the defence and attack with their recent 7-0 victory against Norwich City. Chelsea have produced two stars in the Best Xi Premier League stars to watch ahead of the upcoming Premier League fixture against Newcastle United on Saturday. The two stars include Mason Mount who scored his first hattrick for the Blues and Ben Chillwell who has scored in 3 consecutive appearances for both club & national team.

The other top stars included in the Best Xi EPL Squad to watch ahead of week 10 fixtures include centre-back Livramento of Southampton, Zouma of Westham United, Johny Evans of Leceister City in the defence. The midfield comprise of Thomas Partey of Arsenal & Mason Mount of Chelsea while the attack includes Phil Foden of Man City, Mohamed Salah of Liverpool, Cornet of Burnley and Josh King of Watford.