By Bradley (self media writer) | 2 months ago

The UEFA champions league competition is becoming more and more tough as the games continued to be played. Currently players from different teams have scored goals and below is the list of topscorers after game number four. 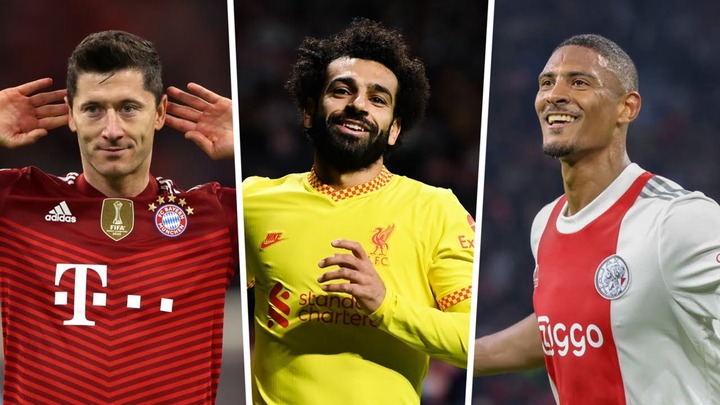 Ajax's Sebastien Haller currently leads the pack with an impressive six goals to his name, scoring an astonishing four goals in his side's opening group stage 5-1 victory against Sporting.

He is followed by Liverpool's star marksman Mohamed Salah on five goals, as well as prized Bayern striker Robert Lewandowski also with five strikes to his name. Christiano Ronaldo also has a tally of 5 goals after scoring two goals for Manchester United against Atalanta in their sensational comeback. The match ended 2-2. 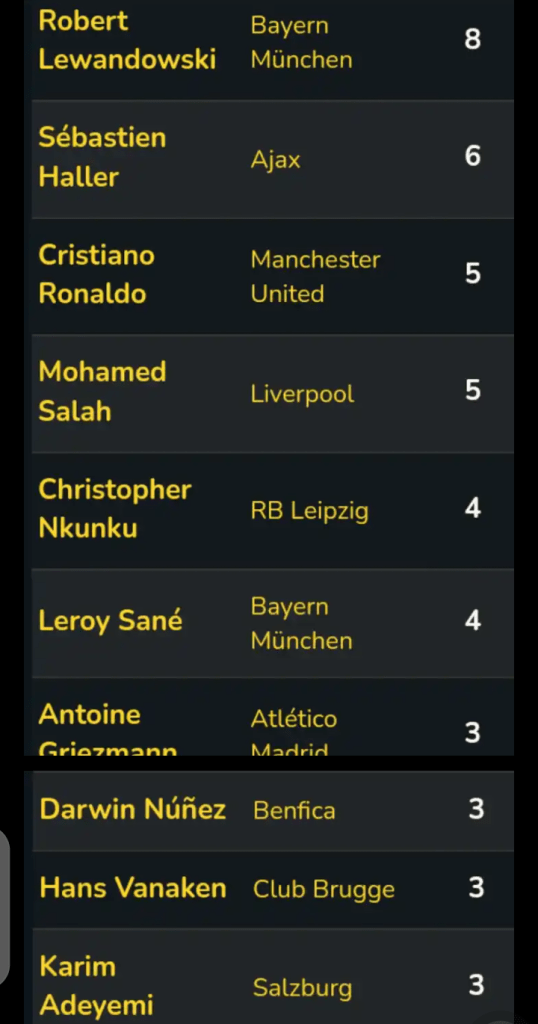 The game ended 2:1 in the first half. Lewandowski put the host ahead in the 26th minutes

Why You Need To Stay Away From Debts 2022