By BreakingHotSoccerUpdates (self media writer) | 27 days ago 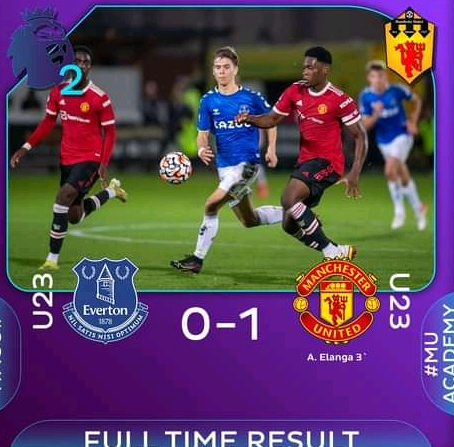 Manchester United U23s saw off Everton U23s 1-0 at home to clinch all the 3 points and climbed up to position 7 with 8 points. The Red devils had an eventful evening at Southport, where Forward Anthony Elanga combined with Shola Shoretire in the 3rd minute to seal a comfortble 1_0 victory. Manchester United U23s were shown 2 red cards at stoppage time through Elanga and Hardly while Evertons U23s star Whitaker was also shown a red card after both players were involved in a brawl. 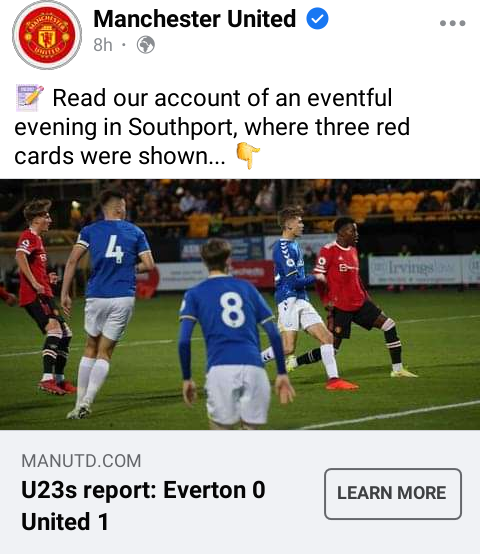 Chelsea U23s came back from a goal down to seal a nerve cracking 4_3 victory at home and seal all the 3 points. Chelsea U23s goals were scored by Fiabema, Nunn, Haigh amd Hall while Liverpool U23s goals were scored by Beck and Musialowski who scored a brace to denie the hosts a clean sheet victory. After the 4_3 victory, Chelsea U23s climbed up to position 11 in the England Premier League 2 table Standings with 5 points while Liverpool U23 dropped to position 10 with 5 points. Current Premier League 2 Standings leaders Man City U23s will host 3rd placed Arsenal U23s at home for their match day 6 fixture as they are seperated by 1 point while Brighton U23s saw off Leceister City U21 2-1 at home to climb up to position 2 in the EPL 2 Standings with 13 points. 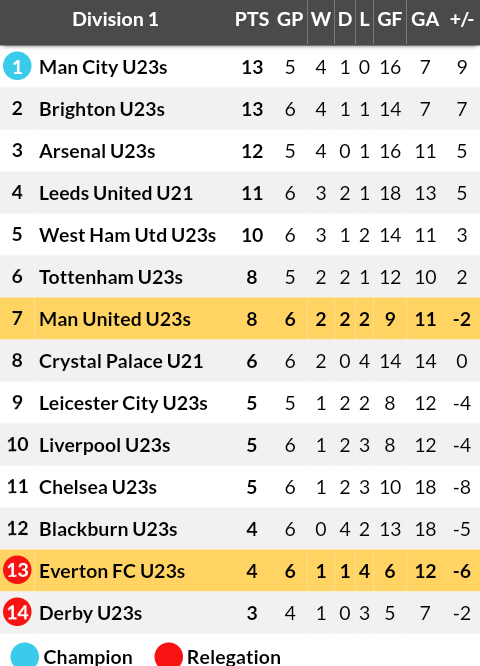