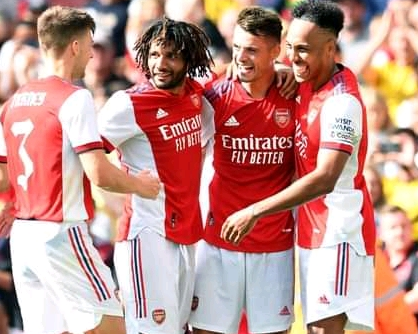 Arsenal will visit Griffin Park next Friday to face rivals & newly promoted outfits Brentford in the 2021/22 Premier League campaign opening fixture. Arsenal opened the 2020/21 season by visiting Fulham, where they won 3-1 at Craven Cottage to climb up to the top of the table last season on the opening day. The Gunners will be looking forward for a victory away from home, with Manager Mikael Arteta optimistic for a top 4 finish this season. Arsenal will be reportedly without injured Thomas Partey who suffered an ankle injury in their Friendly fixture against Chelsea and defender Gabriel who is recovering from an hamstring injury. Arsenal won their most recent meeting against Brentford 3-1 at Emirates in EFL Carabao Cup where the Gunners were leading 2-0 at the break. 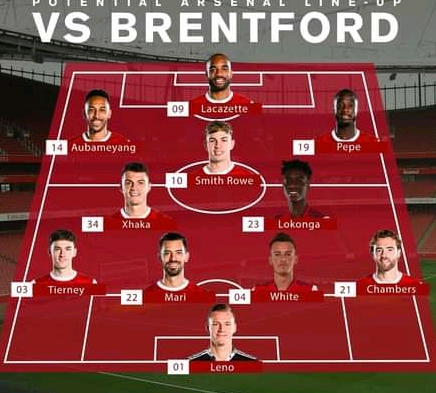 The Gunners Manager Arteta is likely to adopt a 4-3-3 clinical formation against Brentford as he target to unleash counter-attacking football tactics. Goalkeeper Bernd Leno is favourite to start covered by Kieran Tierney, Pablo Mari, Ben White & Callum Chambers while Gabriel is likely to miss due to an injury. Arsenal Midfield will usher in Granit Xhaka (who is set to sign a new contract at Emirates until June 2025 according to Reports) alongside Samba Lokonga & Emile Smith Rowe. Alexandre Lacazette is set to lead Arsenal attack alongside Captain Pierre Emerick Aubameyang & Nicolas Pepe with the Gunners targeting to score early goals.

Top Upcoming Matches For Chelsea and Manchester United This December