World Cup: Where do the East African nations go wrong to qualify for the World Cup? 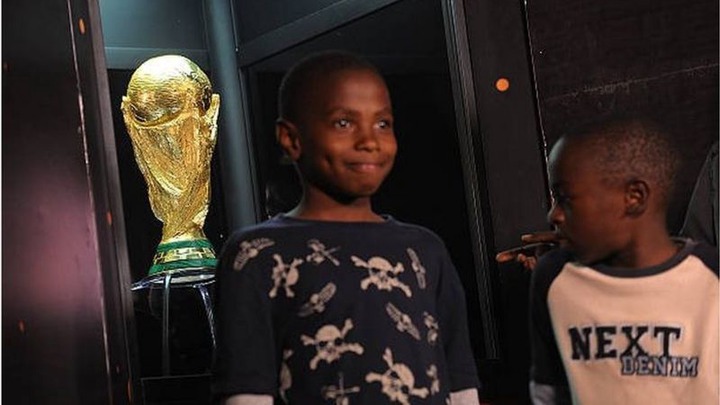 November 21 to December 18, 2022 the World Cup finals will be held in Qatar, the last of which will involve 32 nations. From the 2026 finals to be held in the United States, Mexico and Canada, the number of teams will increase to 48.

Are these nations at fault? It is a complex question but you can say that, these nations, maybe have a fault in football if you look at it with that eye. Kenya is doing as well in athletics as it is for Uganda, with names like Joshua Cheptegei, Jacob Kiplimo and then John Akii-Bua putting Uganda in another sporting image. Kenya as the father of a long race boasting Eliud Kipchoge, David Rudisha, Brigid Jepscheschir Kosgei and many others.

But from a distant point of view there are long-term and short-term reasons why East African nations have not been in the World Cup for many years.

East African football, is experiencing daily administrative and operational conflicts. It has been common for many years to witness endless conflicts, from federations or football associations to clubs in the respective nations.

The conflicts witnessed in Tanzania, Kenya and even Rwanda, whether at the club level or at the federal level and with the football associations, are reversing efforts to support football itself. Leaders do not think about plans to promote football, they think about their position.

Corruption and misuse of funds

This week, Kenyan football dignitaries, including the president of the country's football federation (FKF) Nick Mwendwa have been arrested for money laundering. 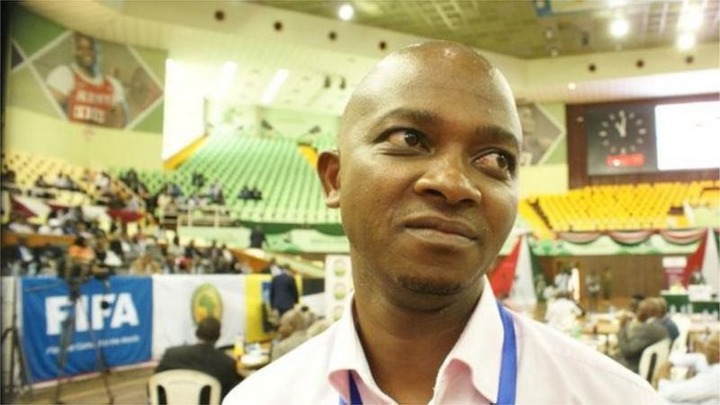 Photo; The president of the country's football federation (FKF) Nick Mwendwa is accused of money laundering.

The International Football Association (Fifa) has sentenced 10-year-old former president of the Tanzania Football Federation (TFF) Jamal Malinzi to misuse of federal funds. Fifa said Malinzi received $528,000 in debt for the four years he was in power, but failed to provide accurate information on the use of the funds. "

Ismail Aaden Rage, former secretary general of the Tanzania Football Federation (FAT), now the federation (TFF), was once sentenced to 3 years in prison for stealing Sh1 million from the Salvation Army in Dar es Salaam where the national team set up camp for for international preparations and games and the Sh400,000 he was owed to pay players' allowances. Aaaden appealed and won the case.

Apart from that, there have been long-standing complaints of match-fixing for local leagues fueled by corruption. This noise is not in vain, there is probably a need to pay more attention especially to local leagues that build competitive football for national teams. 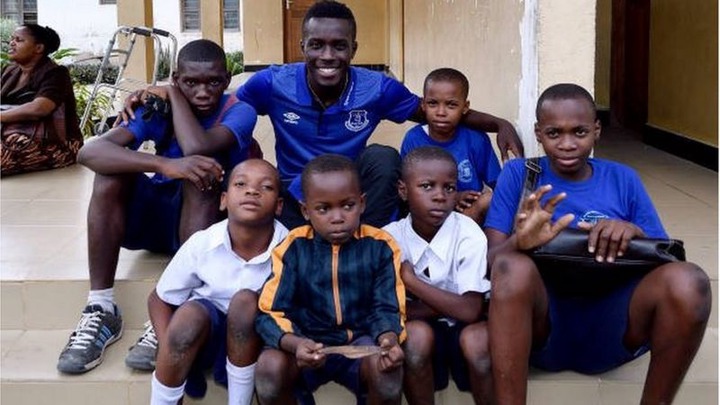 Photo; Idrissa Gueye of Everton at the time with the young children of Uhuru Primary School Dar es Salaam, Everton was in Tanzania to prepare for the 2017/2018 season.

Preparations start with planning, and the best plans are those that involve youth soccer. Long-term and short-term factors contribute, including neglect of youth football, which is the key to the success of our teammates', says Daniel Mlimuka, a Tanzanian football analyst.

Although at present a country like Tanzania, has established youth leagues for major league teams, there have also been several youth soccer schools established in various areas, but stadium infrastructure, operating funds and management of the youth football due to the environment they come from the poor community, it may be a major challenge.

The main rule of football is the stadium, but in East Africa its stadiums are in a bad state. Today, probably only a few stadiums like Benjamin Mkapa Tanzania, Kasarani Kenya, Mandela Uganda and Amahoro Rwanda, can be used for international level championships. Many are bad without standards.

Mentioning the 10 best football stadiums in Africa, South Africa could include 6 stadiums such as Soccer City, Moses Mabhida, Cape town, Pete Makaba, Nelson Mandela Bay and Mbombela. El Djezair, Nigeria has Sam Ogbemudia and Egypt has Borg Al Arab or Cairo. It is proof that at least the good stadiums of these great African nations have been instrumental in creating the motivation and football of those countries to help do better internationally.

Soccer is now competitive, also a better domestic league is a help to create a better national team squad, or having more players playing in competitive leagues including Europe is a good opportunity to do well, given the high standards of developed nations and the way they carry their game.

Mr Samatta, the Tanzanian captain who plays for Belgium, you could say, is the only player from Tanzania to play in the European Leagues, Kenya has as many players as Victor Wanyama as in Uganda. 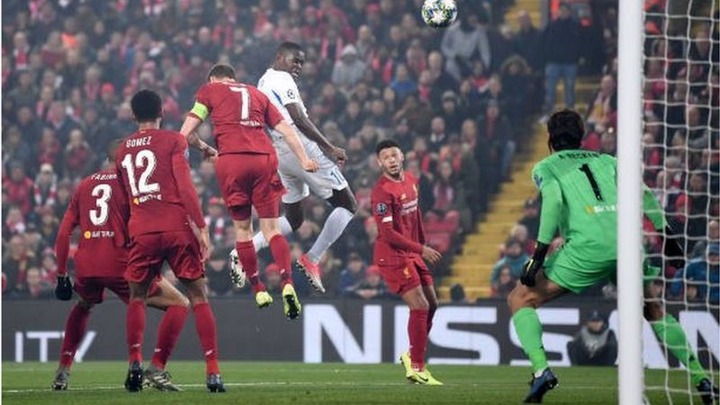 Photo; Samatta captain beating Liverpool in the Champions League, while playing for Belgian side Genk.

Looking at the African nations that qualified for the second round of the World Cup from Africa; Cameroon, Egypt, Morocco, Nigeria, Tunisia, Algeria, Senegal, Mali, Ghana and DRC have the most players in European countries and give them great advantage when they meet nations like East Africa with the most players in domestic leagues.

Daniel Mlimuka, a Tanzanian football analyst, says 'having players who play in competitive leagues is profitable, for example the match between Tanzania and DRC, DRC benefited from that advantage.

"Nigeria, Egypt, Algeria, Cameroon, Senegal, Ghana have been regularly qualifying for the African and world finals because of the advantage of European players', their ability, experience and fitness are great for a major league. these nations," he said.

What can East African nations do now?

"There is no magic in African football, let's agree to invest in youth football, this is the only way to get us out of here," says Shomvi.

Shadrack Mwansasu, BBC Tanzania sports journalist says there is a lot of work to be done to achieve international success but it is only possible if the priorities are taken into account. 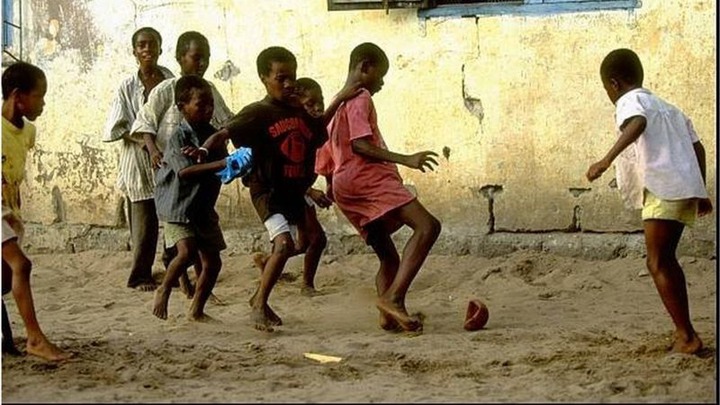 Photo; It is common to find children in East Africa, playing on the wrong pitches, barefoot and inappropriate football.

"Infrastructure is important for football, good quality stadiums are essential, accommodation for players, sports equipment, food and good teachers, these things can get us out of the abyss," said Mwansasu.

Mlimuka cites an example of a match between Tanzania and the DRC, which was crucial for the East African nation to qualify for the second round.

"The Stars got a lot of chances but failed to kill the match, they were impatient. They lacked stability, the DRC didn't need a lot of chances to score goals, just because they had people who could decide the game, based on their international experience," he said.

If you listen to the people who follow football, they mention the infrastructure, youth football and technology as the most important things, but there are other things like having the best local leagues, having the largest number of players in the most competitive leagues in Europe, good governance and financial investment to help East African nations ask themselves as they prepare for the 2026 World Cup qualifiers.