By Football_guru (self media writer) | 1 month ago

Chelsea sacked Jose Mourinho and replaced him with Frank Lampard a club legend. The same case Manchester United sacked Louis Van Gaal and replaced him with Jose Mourinho from Chelsea.He did not last long he was Sacked after winning 3 trophies with the red devils. Jose was replaced by Ole Gunnar Solskjaer a club legend. Chelsea sucked there club legend at mid season the same way Manchester United did to Ole Gunnar Solskjaer. Chelsea contacted Ralf Rangnick to become their interim manager and he rejected. United contracted him and accepted. 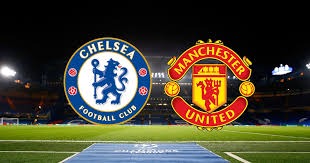 Content created and supplied by: Football_guru (via Opera News )