Special Monday's Five(5) GG and CS Predictions To Stake On

Turkey’s terrific start to this qualification programme looks to be in the distant past now as more points were dropped by the Crescent Stars at home to Norway on Friday.

Stefan Kuntz’s side looked just as passive as they did under his predecessor Senol Gunes in allowing an opponent back into the game when on top. That has been a recurring theme of Turkey’s games of late and echoes what happened when Latvia came from 2-0 and 3-1 down to grab a draw when these sides met in Istanbul earlier this year.

Latvia’s chances of doing anything other than making up the numbers in this group left town a long time ago, but they played with pride and discipline in a 1-0 home defeat to leaders Netherlands on Friday.

The away team has a great advantage when compared to the hosts.They are won four of their last six matches between themselves.

The hosts have won six matches,lost two matches with two draws on the road.The goal difference is 17-9 in favour of the hosts. 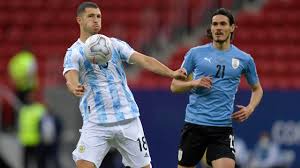 PHOTOS: 2 Things Uhuru Did Shortly After Landing In Nakuru Ahead Of AIDs Day And City Charter Award