By GerryTips.com (self meida writer) | 12 days

Newcastle have only lost one of their last eight Premier League matches to ease their relegation concerns. The Magpies have impressively taken points off Tottenham, West Ham, Aston Villa and Liverpool in that time so there is no reason why they can't do the same against Arsenal on Sunday.

Mikel Arteta no doubt has his sights set on winning the Europa League to qualify for the Champions League next season. They could remarkably finish in the bottom half of the table in the Premier League and currently trail Villarreal 2-1 from their Europa League semi-final first leg. 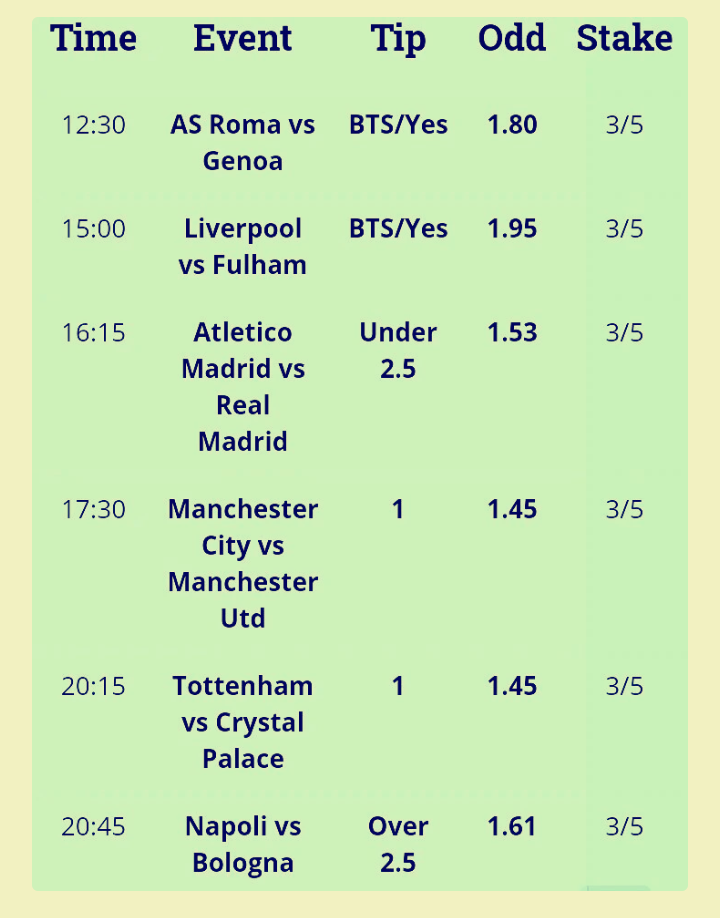 Manchester United still have work to do to secure second spot in the Premier League after last weekend's draw with Leeds but a top four finish is all but secure and their focus is now on winning the Europa League. After such an emphatic victory over Roma on Thursday, it remains to be seen what sort of team Ole Gunnar Solskjaer will field to face arch rivals Liverpool.

Liverpool have really struggled for any kind of consistency for a good while now. Injuries in defence have really hurt them all season and it hasn't helped that their strikers have been unusually wasteful in front of goal. Jurgen Klopp's side have remarkably scored just 17 goals from 267 shots in the Premier League in 2021.

It's fair to say there is more riding on Sunday's match for Liverpool than United. The away side could be as many as seven points adrift of fourth by the time they face United with time running out to secure Champions League football for next season. Remarkably, Klopp has never beaten United at Old Trafford in six attempts (D4, L2).