Arsenal played out a 2-2 draw with Crystal Palace on Monday night. Pierre Emerick Aubameyang put the Gunners ahead early in the first half but Place wrestled control of the match and went ahead in the second half with two quick goals.

Alex Lacazette rescued a point in the dying minutes smashing a loose ball in the box to deny Patrick Viera and his team what would have been a very famous win.

Below, we look as some of the negative bits from an Arsenal perspective that emerged from the clash.

Despite a positive start and the early goal, Arsenal crumbled midway through the first half and Palace were unlucky not go into the break at least level. 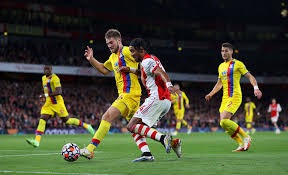 Much of this was caused by Arsenal's inability to win the ball back high up the pitch. The teams simply fell back into their own half and allowed Palace to string attack after attack on Aaron Ramsdale's goal.

Arteta has to find a way to get the team pressing in an organized manner or face more nights like last night.

Thomas Partey lost the ball in a dangerous area for the first Palace goal. It was not the first time that the Ghanaian midfielder lost the ball in the match and he was not helped by the fact that for the second goal, his partner Sambi Lokonga was also guilty of surrendering possession cheaply. 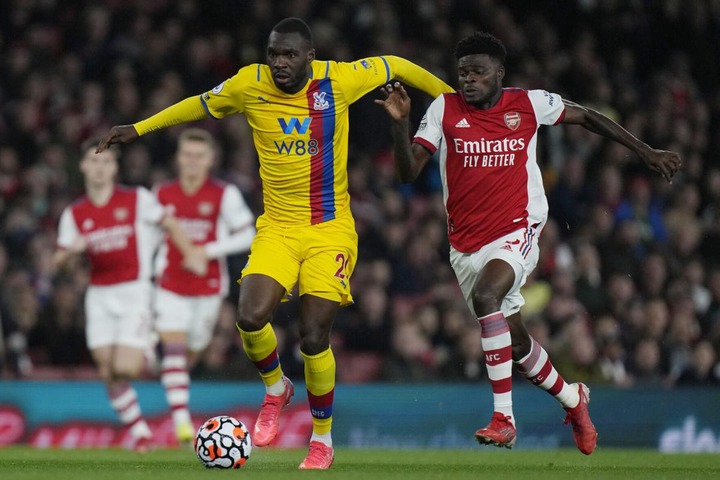 In the absence of Granit Xhaka Arsenal lacked security on the ball in midfield, something that will need to improve when Aston Villa visit this Friday.

Pierre Aubameyang, Nicolas Pepe and Bukayo Saka never got going at all in the match. The forwards were lacking in service but they did not help themselves either as the trio never made the movement that demands a pass.

Arsenal has only scored 7 goals so far this season in six Premier League games. The attack is Arteta's main problem and despite scoring twice, there were no signs of things improving for the long term in that department.