PSG winger Angel DiMaria was sent off the pitch after being shown a straight red card by the referee for intentionally stumping on Manchester City midfielder Fernandinho. 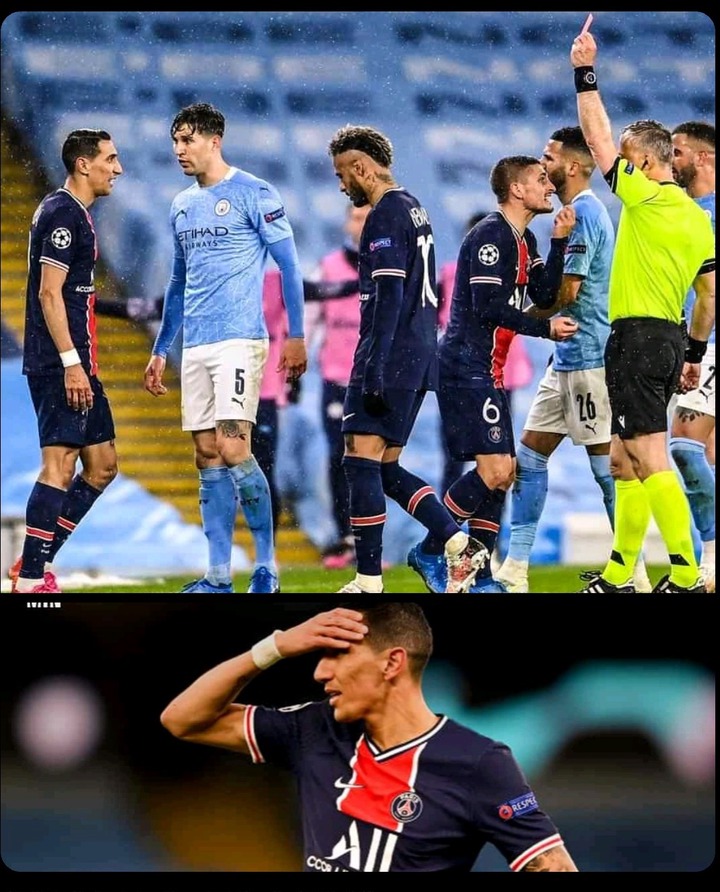 DiMaria lashed out on the Brazilian who had come to confront him while the former Madrid player was picking up the ball that had gone out of play, DiMaria quickly turned around and thumped on Fernandnho landing the Manchester City midfielder on the ground. 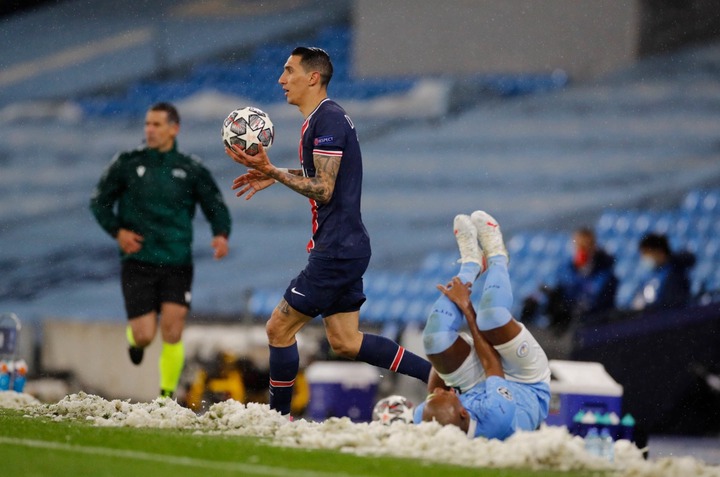 The Argentinian's red card ment a big blow to the PSG team with the squad trailing by two goals to nil, the squad was reduced to 10 men with PSG having to fight hard in order to keep their hopes alive. 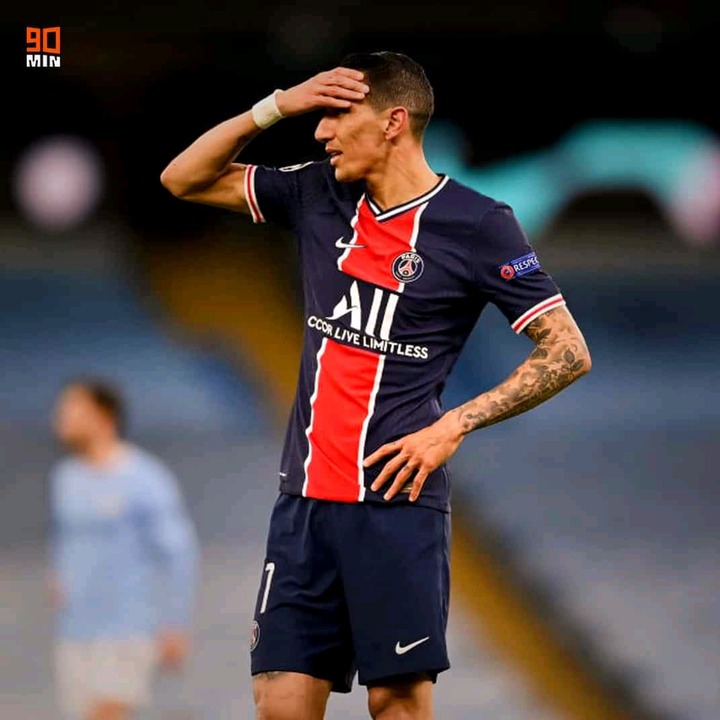 DiMaria had earlier tried to cover up the matter by taking a quick thrown in but was instead noticed by the eagle-eyed referee who swiftly pulled out a red card from his pocket sending the player down the tunnel in utter shame. 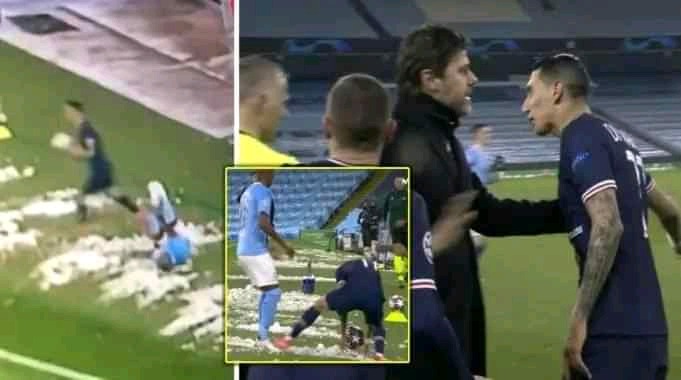 The furious PSG fans couldn't hide their anger, most of them condemned the player for his 'dirty' display in the high voltage game with some blaming him for the unwarranted loss against the English side. 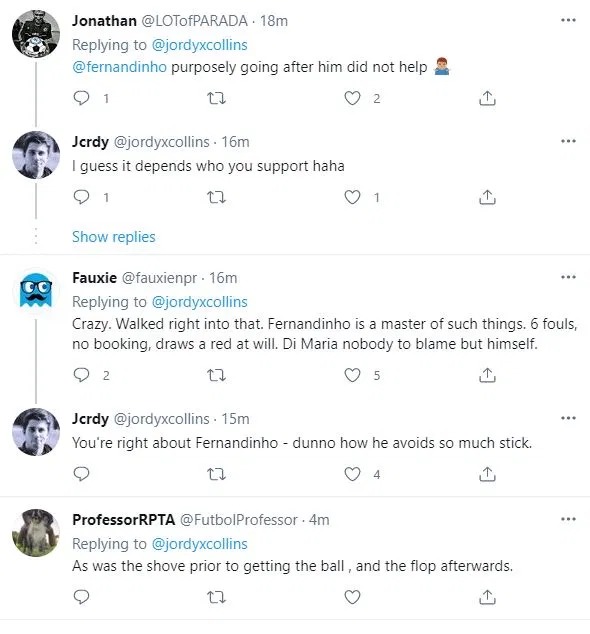 Algeria's Riyad Mahrez assured the hosts a spot in the Uefa Champions League finals in Instanbul after he netted a sensational brace, the Manchester City forward had earlier scored a goal in the first leg of the semi final clash at Paris. 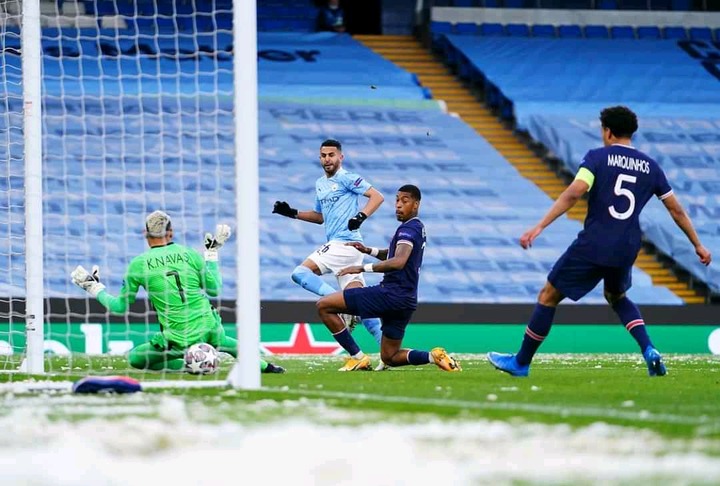 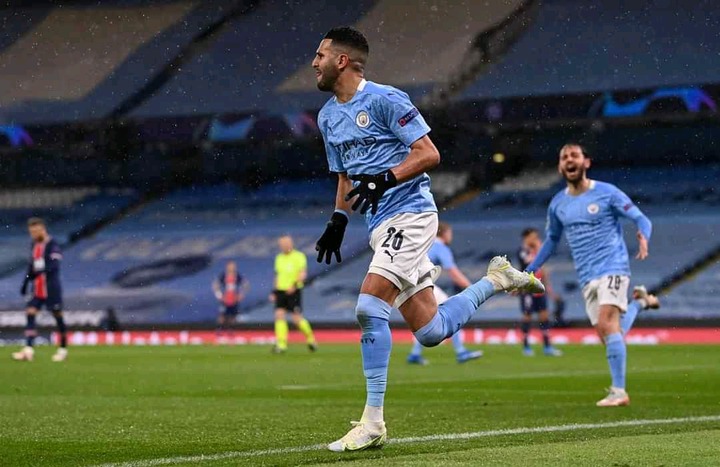 Even with ten men on the pitch PSG possessed most part of the game but couldn't make an accurate shot on target with the game ending on a controversial 2-0 (4-1 Aggregate) in favour of Pep Guardiola's side who made a history by gaining their first ever Champions League finals ticket. 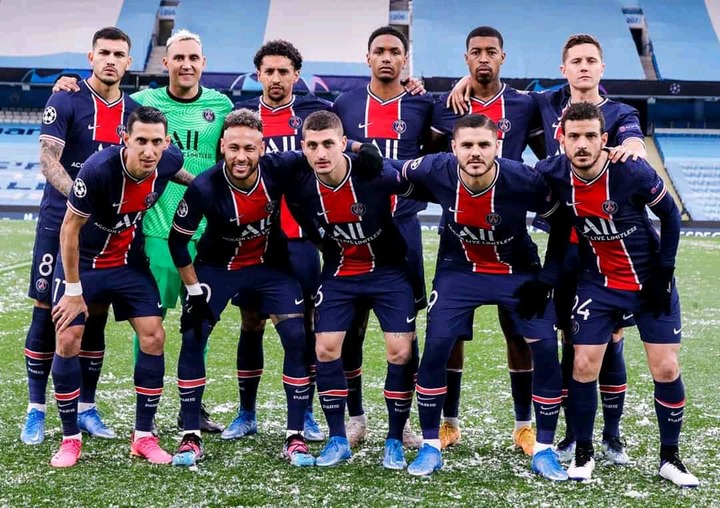 Manchester City will know their Champions League finals opponents on Wednesday night where Chelsea host Real Madrid at Stamford bridge with the game having ended on a 1-1 draw in the first leg played in Madrid. 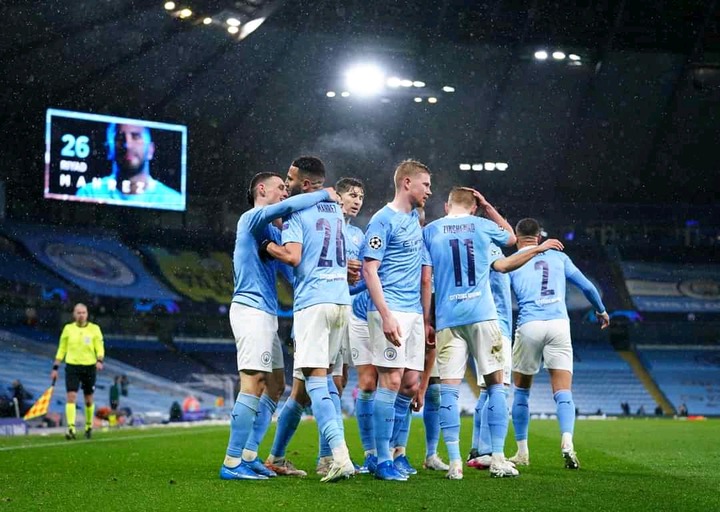 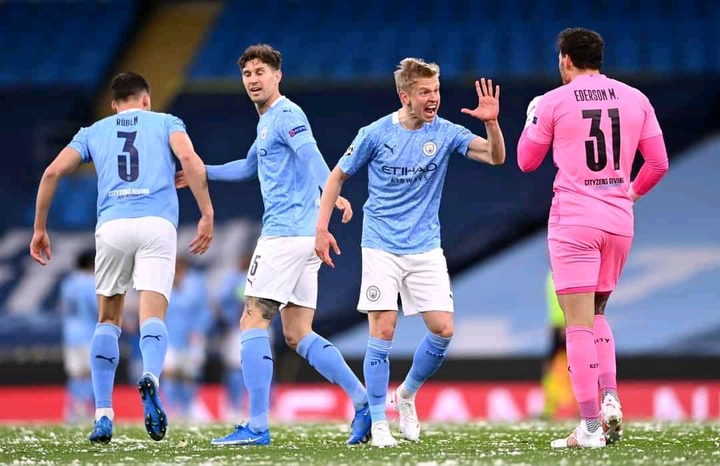