"Why On Earth This Happened" Arsenal Handed Big Blow, Difficult To Recover For Them At All Costs

Although Gabriel Jesus was not in good goal-scoring form in his last few games before the transfer window, he was arguably the most important player for Arteta's attack. His technical ability and good positioning in the box gave his teammates numerous chances to score goals this season. Jesus has transformed Arsenal's attack from toothless to sharp in comparison to last season. His £45 million summer acquisition is well justified. 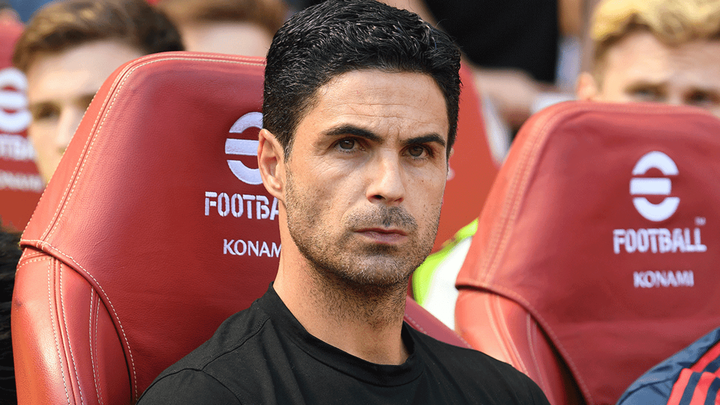 The 25-year-old's "work" at Arsenal earned him a spot in Brazil's World Cup squad. In the group stages, he was a substitute in the first two games before he made his first start in Brazil's final group game against Cameroon. 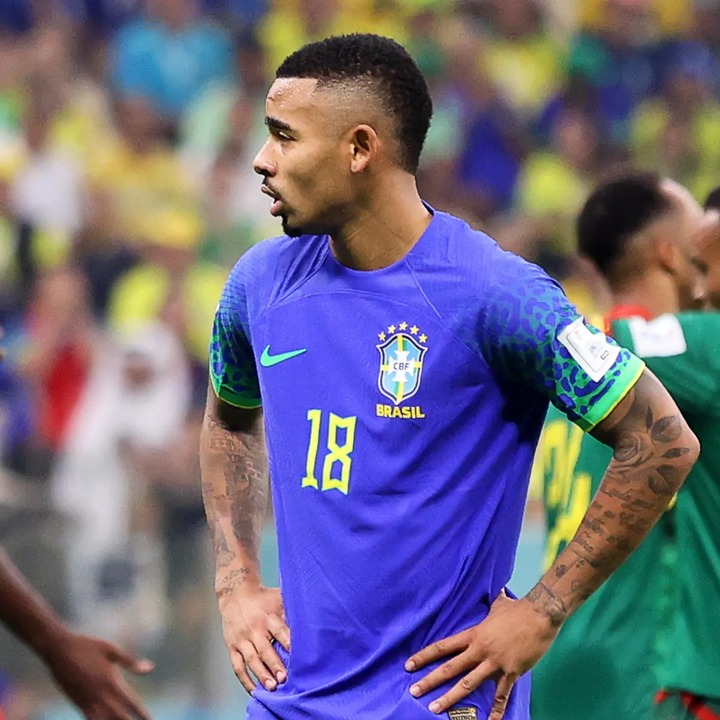 Jesus played well against the African giants; he just didn't score. Unfortunately, Brazil lost that match, and if you thought that was the only negative thing that came out of that game, you'd be wrong; in addition to losing, Brazil came out of that game with another loss, as Jesus sustained an injury that will keep him out until January. 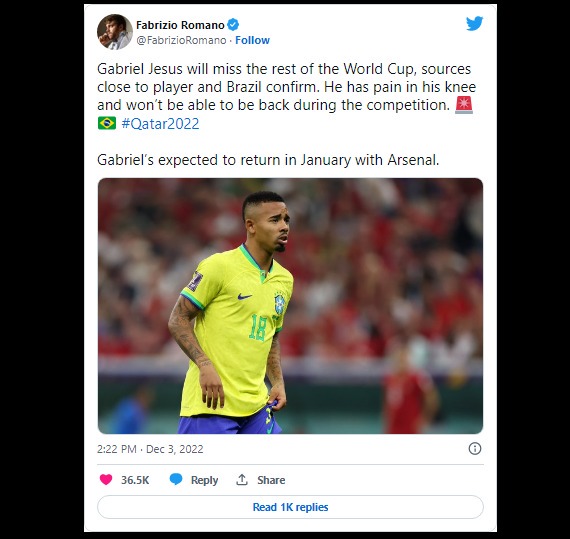 This is a setback not only for Brazil but also for Arsenal, who had hoped to have Jesus available when the league resumed. With Jesus out, Arteta will be in a dilemma about how to set up his attack, and he may have to sign another top striker in January.