Indeed people come from far, true story of Cristiano Ronaldo from his childhood to adult life

Cristiano Ronaldo dos Santos Aveiro was born in the Sao pedros parish of Funchal, the capital of the Portuguese island of Madeira and grew up in the nearby parish of Santo Antonio. He is the fourth and youngest child of Maria Dolores dos Santos Viveiros da Aveiro, a cook, and José Dinis Aveiro, a municipal gardener and part-time Kit man His great-grandmother on his father's side, Isabel da Piedade, was from the island of Sao Vincente cape Verde.He has one older brother, Hugo, and two older sisters, Elma and Liliana Cátia "Katia".His mother revealed that she wanted to abort him due to poverty, his father's alcoholism and having too many children already, but her doctor refused to perform the procedure.Ronaldo grew up in an impoverished Catholic home, sharing a room with all his siblings.

As a child, Ronaldo played for Andorinha from 1992 to 1995, where his father was the kit man, and later spent two years with Natiocal. In 1997, aged 12, he went on a three-day trial with Sporting Cp, who signed him for a fee of £1,500. He subsequently moved from Madeira to Alcochete, near Lisbon, to join Sporting's youth Academy. By age 14, Ronaldo believed he had the ability to play semi-professionally and agreed with his mother to cease his education to focus entirely on football. While popular with other students at school, he had been expelled after throwing a chair at his teacher, who he said had "disrespected" him. However, one year later, he was diagnosed with a raising heart, a condition that could have forced him to give up playing football. Ronaldo underwent heart surgery where a laser was used to cauterise multiple cardiac pathway into one, altering his resting heart rate.He was discharged from the hospital hours after the procedure and resumed training a few days later.

At age 16, Ronaldo was promoted from Sporting's youth team by first-team manager Lazzlo Boloni who was impressed with his dribbling. He subsequently became the first player to play for the club's under-16, under-17 and under-18 teams, the B team and the first team, all within a single season. A year later, on 29 September 2002, Ronaldo made his debut in the Premeira league, against Braga and on 7 October, he scored two goals against Man in their 3–0 win. Over the course of the 2002-2003, his representatives suggested the player to Liverpool manager Gerald Hollier and Barcelona president Joan Laporta. Manager Arsen Wenger, who was interested in signing Ronaldo, met with him at Arsenal's grounds in November to discuss a possible transfer.

Manchester united manager Alex Fergurson was determined to acquire Ronaldo on a permanent move urgently, after Sporting defeated United 3–1 at the inauguration of the Estadio Jose Alvades in August 2003. Initially, United had planned to sign Ronaldo and loan him back to Sporting for a year.Having been impressed by him, the United players urged Ferguson to sign him. After the game, Ferguson agreed to pay Sporting £12.24 million for what he considered to be "one of the most exciting young players" he had ever seen. A decade after his departure from the club, in April 2013, Sporting honoured Ronaldo by selecting him to become their 100,000th member.

Below are most things the star owns as now. 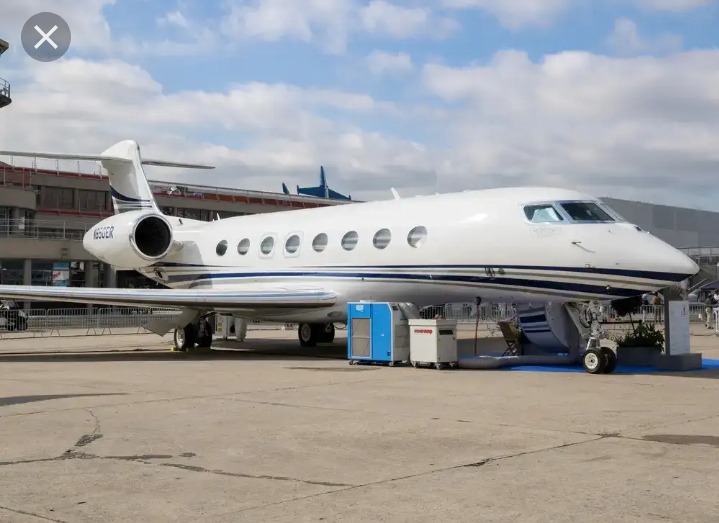 Man u star also owns a private jet that worth millions of money. He owns a Gulfstream G650 jet, which is reportedly worth about $70 million. I honestly can't even comprehend that amount of money

The Jacob and Co watch 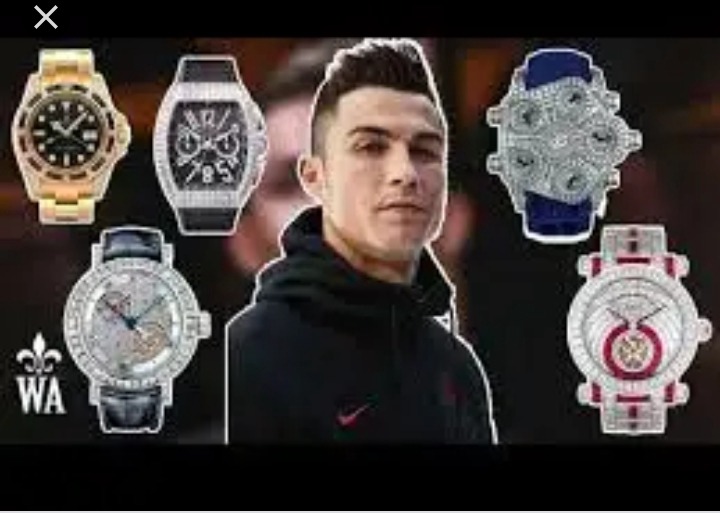 He owns a watch that's worth $1.85 million, or almost Rs 14 crores? The Jacob & Co watch custom-made for the star footballer may well be worth the price when you get to know that it's fitted with a whopping 424 white diamonds. 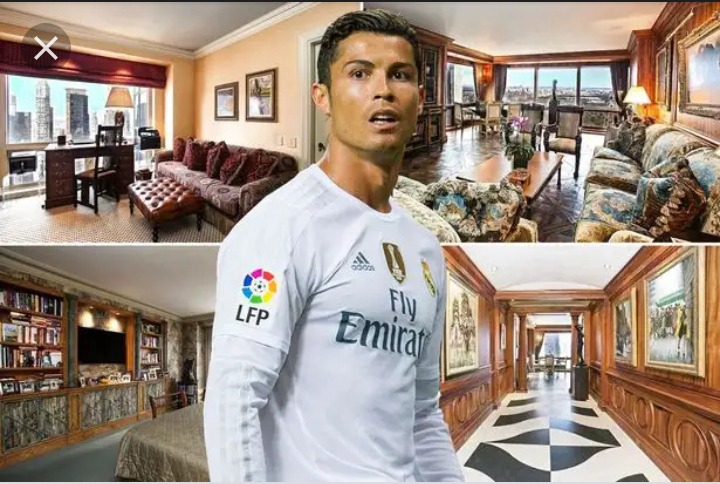 Out of all the houses he owns, and there are a lot, the one in New York, located in Trump Towers, seems to be the most expensive out of the lot.

With a price tag of $18.5 million, the gorgeous house has a nice view of the Hudson River, the Empire State Building, and the Central Park among other landmarks. 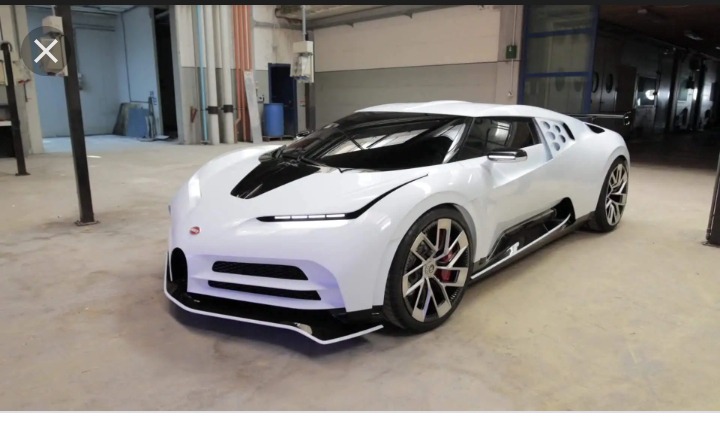 The effort of this star is seen as he display his property outside. Letest thing he allegedly spent big bucks on, and the inspiration behind this list, he recently purchased the limited-edition hypercar. At 8.5 million euros - or Rs 75 crore - the car is so exclusive that reportedly only 10 of them are destined for production.