By ChumbaaFay (self meida writer) | 1 months

Arsenal striker Pierre-Emerick Aubameyang has lately revealed about his struggle as he reffered to it as the worst moment of his life.

The Arsenal strike lost a number of games in April after the international break time to struggle with the illness. 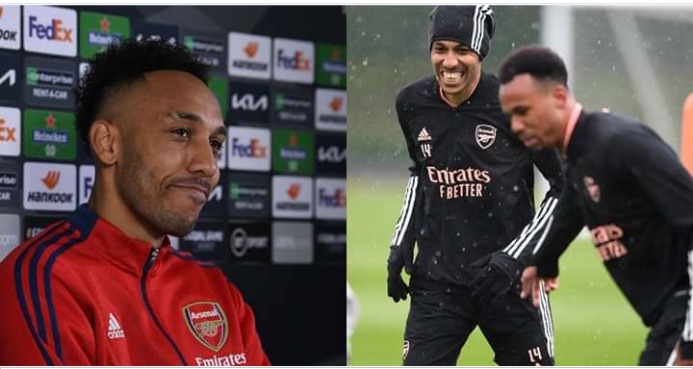 On April 15,the striker took on his instagram and confirmed that indeed he had acquired malaria on international duty with Gabon.

Aubameyang was not aware he was contracting the illness and he featured most of his side games before things turned into worse.He came over to assist Nicolas Pepe's opener against Slavia Prague in the Europa league and also made a star against Liverpool in 3-0 game early April .

Just after the Liverpool game,the illness increased which gave him no other option other than to opt out some games in order for his full recovery.

He stayed at hospital for three days and he said he thought he had lost about four kilos .He missed games from April 11- April 23 which was the time he used to recover.

According to Gabon international,Aubameyang had a bad start this year since his mother was also ill but she is recovering well.

How Tanzanian Kidnappers Trap And Drug Poor Kenyans Then Take Away Their Liver, Heart And Kidney.