Manchester United fans thanked God for the end of a horrible season after a 1-0 defeat against Crystal Palace. The red devils finished with 58 points the lowest they have ever attained since the departure of Sir Alex Ferguson. The good news to Man United is now on the hands of the new manager Eric Ten Hag. The Dutch tactician has been officially introduced to players this morning.

Manchester United are reportedly in contacts with two players, Antony and Timber both at Ajax. The two have been the front runners of Ten Hag at Ajax and want them at Old Trafford. The reports indicate further that the club is planning to overhaul the squad with around 10 players expected to leave. 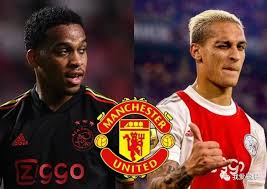 Manchester United new manager was seen yesterday at the stadium where he was not impressed with the performance of the players. The 53 year-old will not go for Holiday and has ordered the club to reduce the Holiday and expect the players to return to training two weeks earlier.

Another good news to Man United is that, Paul Dybala's agent has held talks with the representative of the club. The Argentine playmaker could be on his way to premier league after saying good bye to fans. This seems similar story to that of De Jonk at Barcelona.

Sign Him To Replace Cristiano;Manchester United Manager Needs This Player In Old Trafford