By Footballvibes (self media writer) | 1 month ago

Manchester United's strength to mount a serious title will be tested in a bile up of fixtures line up in October and November. United have already started the season on a mixed reaction. Despite acquiring the signature of five time balon d'or winner Cristiano Ronaldo, United have already registered three loses so far. 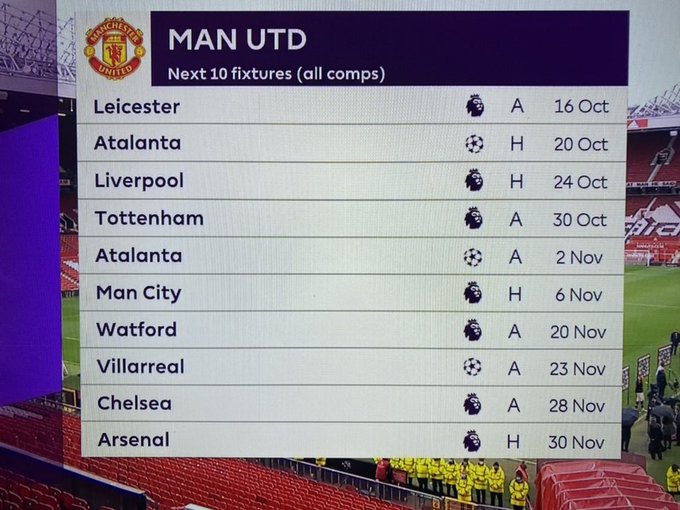 The run of difficult fixtures starts today with Leicester City away in the premier league. Manchester United lie forth in the league and it is worthy to note Leicester fixture will be the first time they are facing a high ranking team. After the Leicester City fixture, United will welcome Premier League heavy weights Liverpool. 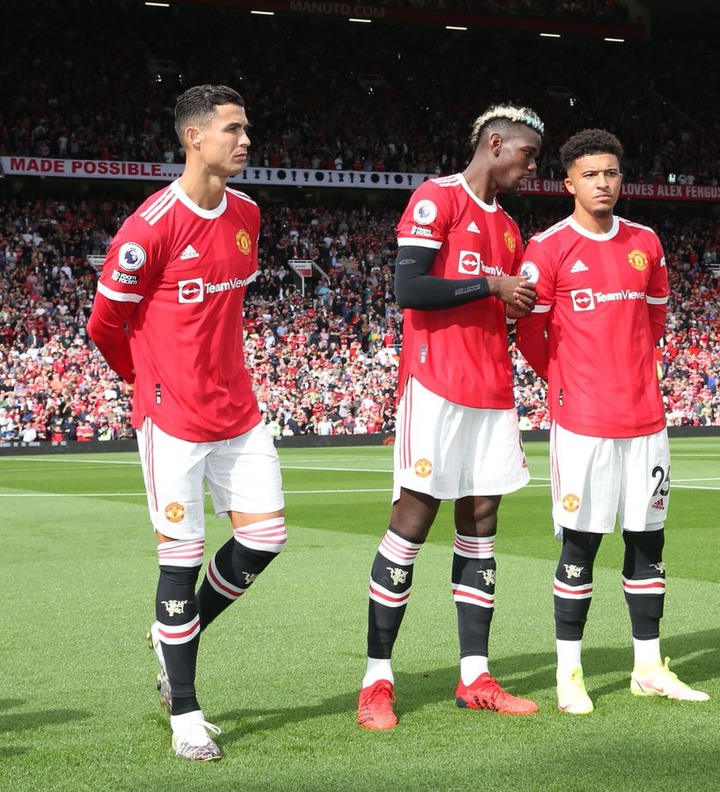 In the champions league, Manchester United have a two leg header against Atalanta Bragamancio. The Atalanta fixtures are intertwined with Liverpool and Tottenham Hotspur both in the league. After the travel to Italy, Manchester United will welcome City rivals in a Premier League fixture.

Manchester United will then welcome Watford followed by Chelsea, Villareal and Arsenal fixture will conclude November fixtures. Manchester United Manager will need his players at their level best to overcome this tricky fixtures.