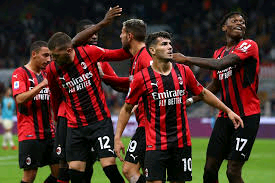 It is no doubt that many Kenyans love sports, especially the English Premier League and other leagues across Europe including Italy Serie A League, Germany Bundesliga, Spain La Liga, French League among others. Though those leagues have come to an end, much fun is still ahead as the transfer window opens officially ahead of the new league games.

Kenyans have waken up to good news as Kenyan Striker seals a move to AC Milan In Italy Serie A League. According to the Nation Africa Kenya, Divock Origi has decided to move to AC Milan ahead of the new season. The sensational striker played for Liverpool football club which plays in the English Premier League in England. Though he was loved by his to be immediate coach Jurgen Klopp, he was not lucky to get enough playing time. We wish him all the best in Italy.

"Divock Origi's move to AC Milan 'all but done'." Tweeted by The Nation Africa Kenya 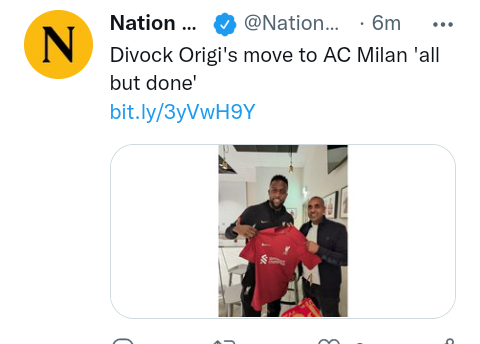