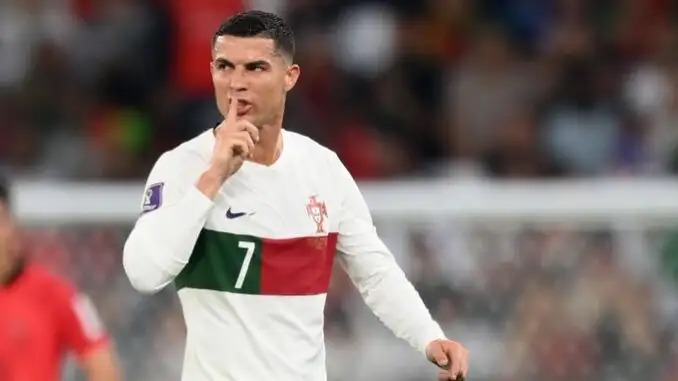 The captain of the Portuguese team, Cristiano Ronaldo, revealed the person he was talking to before he was substituted in the match they lost 2-1 against South Korea last night.

South Korea made an impression on Portugal, who have already advanced after scoring a goal in the second half of the game, and they have secured the second place in the group after Uruguay.

Before the change was made, Cristiano was seen silencing someone by putting his finger on his mouth, and it was said that that person was his coach of the Portugal team, Fernando Santos.

After the match, Ronaldo explained that he was not talking to his coach but to a South Korean star who ordered him to leave the field immediately.

"What happened was that before my substitution, a South Korean player told me to leave the field quickly. I told him to keep quiet because it was not his power, there was no conflict (with the coach)”.

Ronaldo wants to reach the record of goals in the World Cup and Eusebio has nine goals. The amazing thing is that Eusebia only scored all the goals in the 1966 World Cup while Ronaldo has eight goals in five World Cups.