A Germany athlete has been asked by the Iten court to pay a fine of Ksh.70,000 or serve 6 months in prison after he was found guilty of commiting cyber offence and harassment. The athlete who has been identified as Marvin Valentin pleaded guilty to four offences. According to reports, the German athlete is said to have committed an offence by sending several texts and media messages to a Kenyan female athlete. The athlete was training along other athletes in Iten, Elgeiyo Marakwet County. The man reportedly send some of the texts which were meant to cause tension and anxiety that something bad might happen to her.

Weiss Marvin Valentin aged 25 was charged with four counts of sending disturbing message to the athlete whom he wanted to be in romantic relationship with but the athlete immediately turned down his advances to make her fall in love with him. 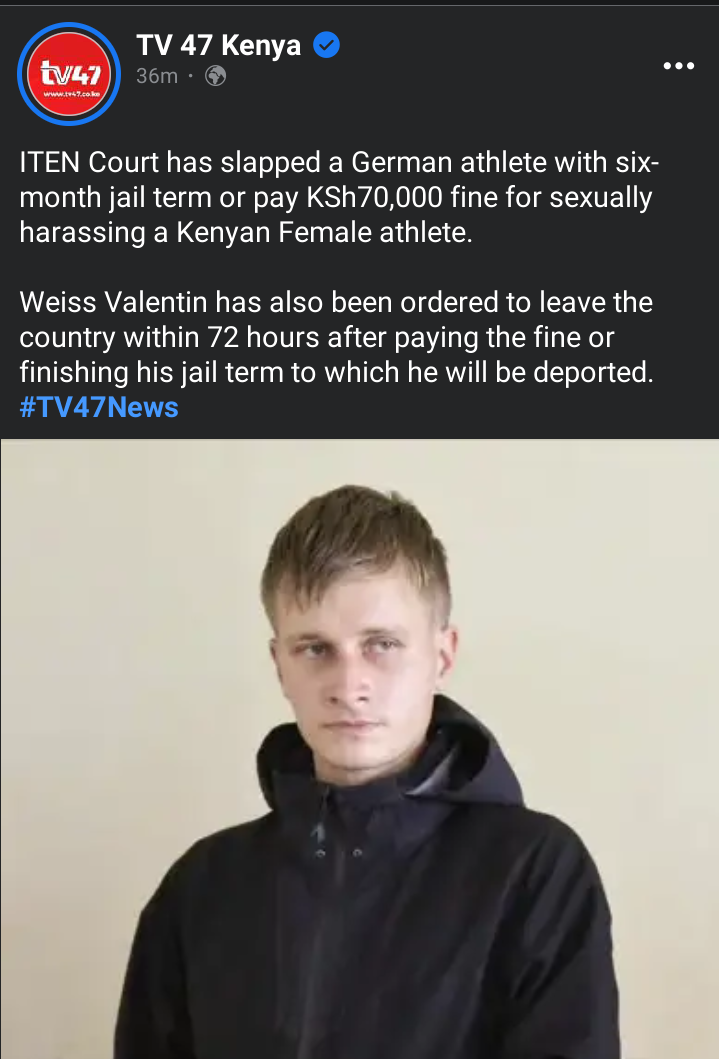 Mr Valentin pleaded guilty to the four counts before senior resident magistrate Caroline Ateya. The court ruled that he should leave the country before 72 hours are over after he pays the fine or serve the six months jail term failure to which he will be deported.