By YoboNews (self media writer) | 29 days ago

It was such a match day in the Premier League on Saturday with a number of matches being played; and as a few would have expected, the results caught fans unaware. Before we take a look at the table, let's first look at Saturday match results, shall we?

There were two early kickoff matches played simultaneously kicking off at 2:30 EAT time. Manchester United hosted Aston Villa at Old Trafford while Chelsea FC hosted premier league defending champions Manchester City at Stamford Bridge in London. Aston Villa shocked United with a 1-0 win thanks to Kourtney Hausa header in a game that saw Man United's Bruno Fernandes miss a penalty at stoppage time. Meanwhile, Manchester City also got their revenge on Chelsea after clobbering them 1-0 thanks to Gabriel Jesus' 52 strike. 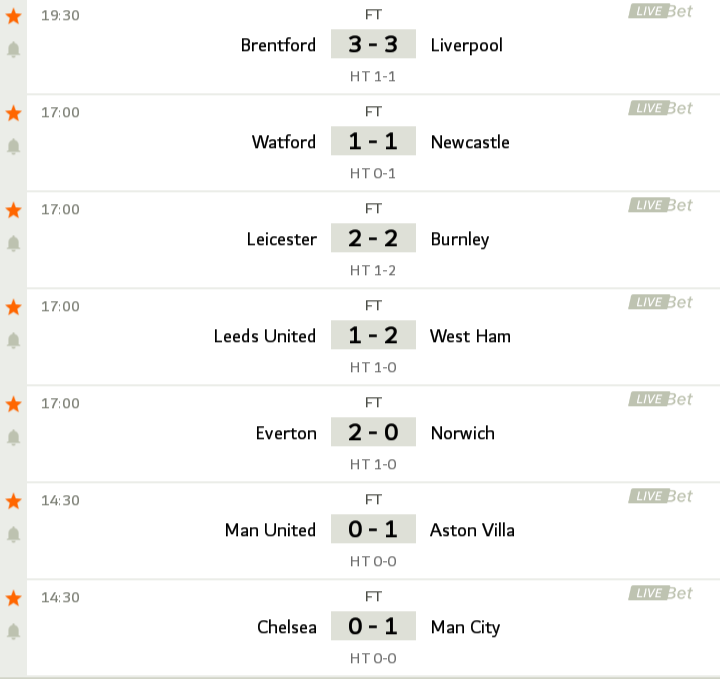 In other matches, Everton beat Norwich 2-0, West Ham saw off Leads 2-1and three matches ended in draws; Leicester vs Burnley 2-2, Watford vs Newcastle 1-1 and Brentford held Liverpool to a 3-3 draw.

This has of cause caused big changes in the premier league table especially at the top where Liverpool displaces Chelsea and Man United find themselves on the fourth position under man city and Chelsea. Here's how the table look like as we head into Sunday matches. 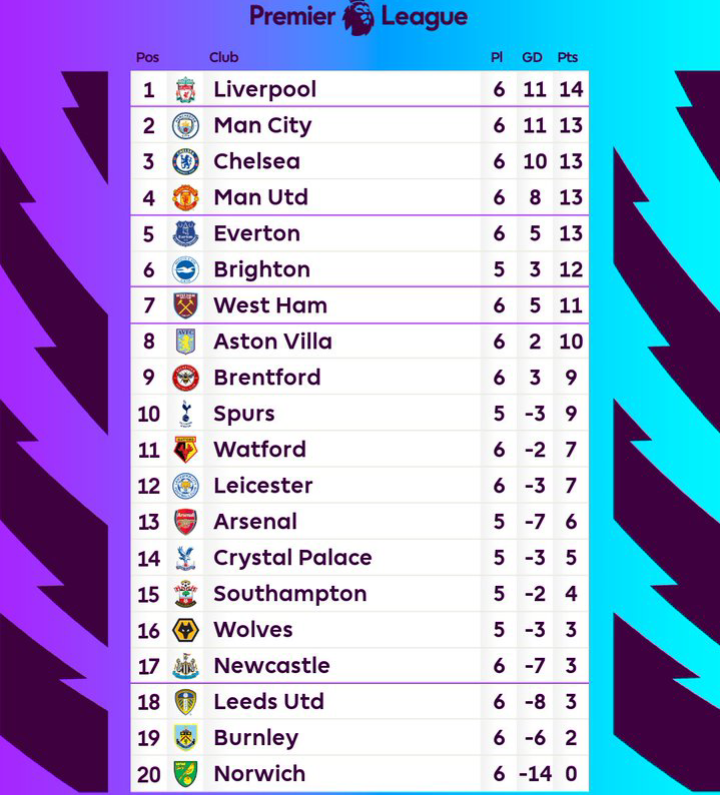