Chelsea fans have everything to worry about as four of their defenders'contracts are set to expire this summer. After starting the season strongly, Chelsea are now facing a contract crisis as they might loose four of their first team defenders if they might refuse to renew their contract.

Antonio's contract is set to end this summer and Chelsea coach Thomas Tuchel revealed in a previous interview that talks are in process to make the 28 year old German stay at Stamford bridge. What is however worrying the fans is the pace at which the talks are going on, about two months of negotiations without reaching an agreement does not sound good to Chelsea fans who would like the German to stay. With the defender being continuously linked to other giant clubs, the situation is not good. 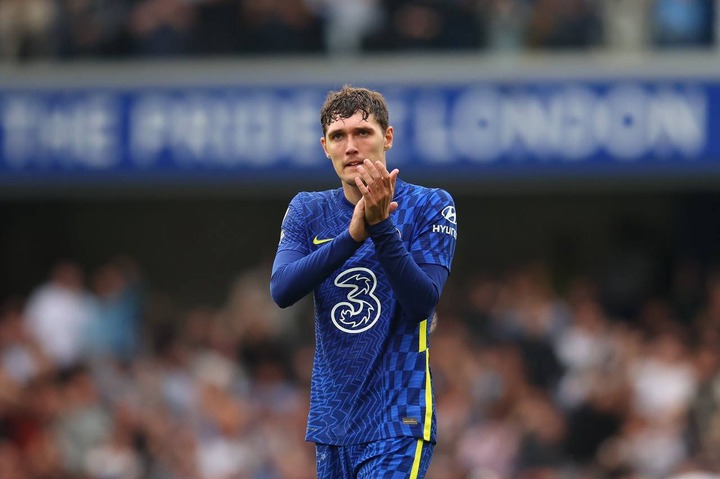 The gaffer revealed in his latest press conference that Andreas have been missing the previous games due to contract issues. The talks are also going on with the Denish contract set to expire this summer. It is also a tough situation with Christensen as a the club has not found a breakthrough in the talks to extend his contract.

Thiago has been an important figure in the Chelsea defense this season and just like Andreas and Antonio, his contract is set to expire this summer, the 37 year old defender might want to play one season at the bridge before making next move but the contract situation is undecided. The club is still looking for a breakthrough in the talks to convince the Brazilian to stay.

The Captain's contract is also expiring this summer and the 32 year old Spaniard has drawn attention from various clubs. For now it is difficult to determine whether he wants to stay or move on as he rarely opens up about his contract situation to the public. It is understood that the Spaniard has already turned down a new contract offer from Chelsea and the club is working hard to retain him past summer. Right now only 22-year-old Malang Sarr is safe as he has contract running until 2025 and 22-year-old Trevor Chaloba whose contract is set to expire in 2026. If situation doesn't change between today and summer, then Chelsea will be forced to lose these four players.