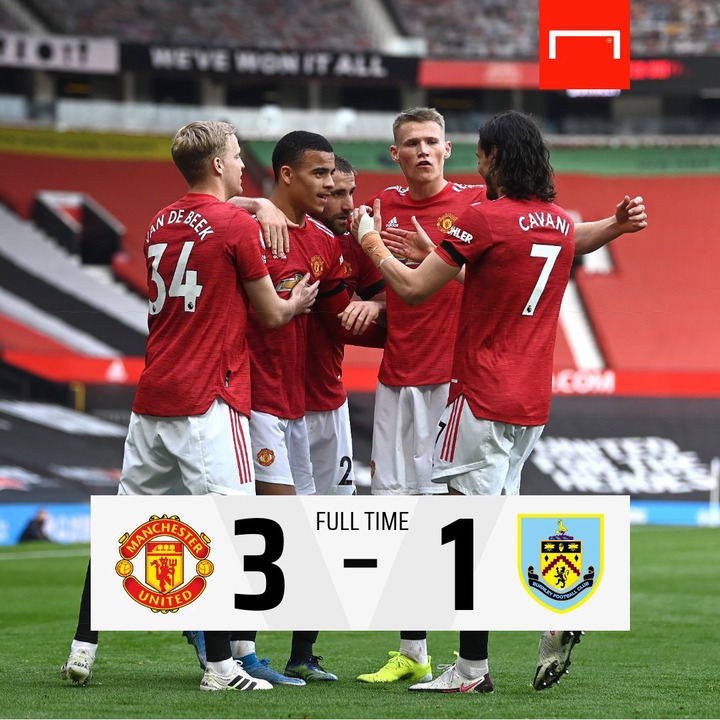 Manchester United hosted Burnley at Old Trafford on Sunday evening in their 32nd match of the season hoping to reduce the gap with leaders Manchester City. After a dull first half United started the second half with an amazing goal from English golden boy Mason Greenwood just three minutes into the half.

Burnley made it 1-1 two minutes later by the 19-year-old star scored the second in the match to give United the lead with just six minutes left before the 90th minute proving again he is going to be a world-class finisher in coming seasons. Edison Cavani the third for the Red Devils in added time to make it 3-1 and secure the win for the side which has seen United go for 12 Premier League games unbeaten this season. 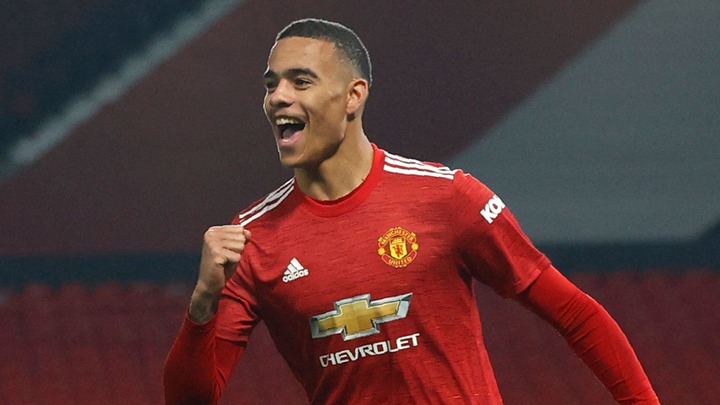 United are now 8 points behind Manchester City with six games left and they could surprisingly win the league ahead of Pep Guardiola if they win all their remaining matches, they might have a chance. Greenwood has been decisive recently and scoring goals has become a regular thing for him.

His goal scoring form has benefited Manchester United midfielder Paul Pogba more than any United player recently. Most of the goals scored by Greenwood have been assisted by Paul Pogba and the star has been showing his class again in passing. 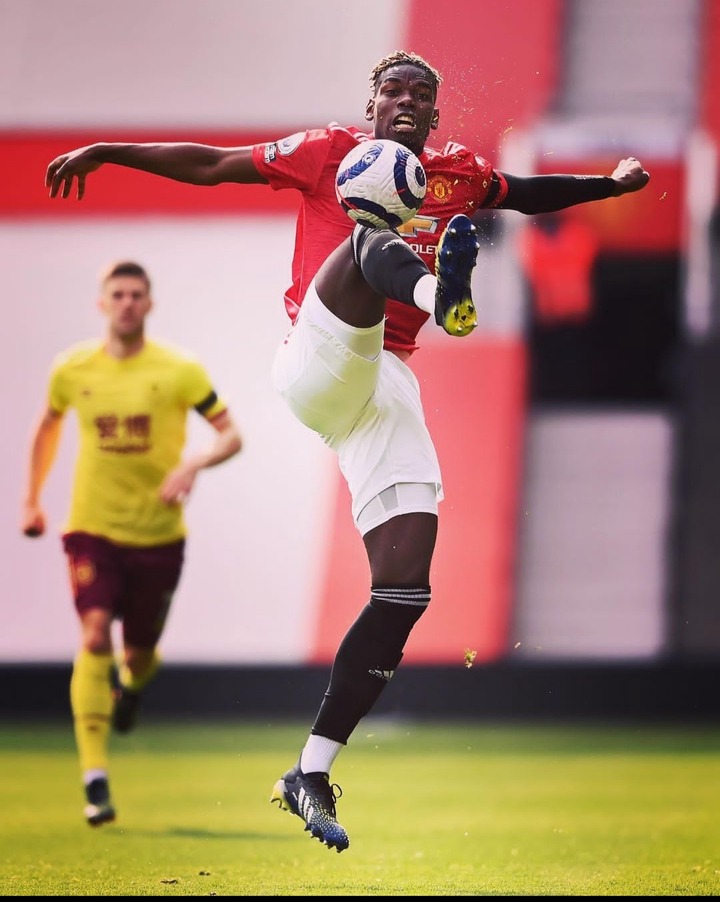 Ole Gunnar should always play the two stars together as they seem to understand each other well. Greenwood's second goal came from Pogba and also the match-winning goal by Greenwood against Brighton came for Pogba and also one against Tottenham last Sunday. They are forming a great attacking partnership and if they could remain that way United will hardly lose matches.

Mason Mount Voted Player Of Season For Chelsea, See Who was Second

Don't Confuse Dinner With Supper,here is the Difference