At the weekend, Manchester United fought hard to secure a point against Premier League leaders Chelsea. Arsenal, on the other hand, came back from a disheartening loss to Liverpool to win all three points against the Magpies.

The Red Devils will face Arsenal at Old Trafford tomorrow night, which might be Michael Carrick's final game in charge before Ralf Rangnick takes over as interim manager.

In terms of team news, Manchester United could make a handful of changes to their starting lineup when they meet the Blues on Sunday.

After serving his one-game ban, England captain Harry Maguire is expected to return to the starting lineup alongside Lindelof in the center defense in front of De Gea. Telles and Wan-Bissaka, for example, may keep their fullback positions.

Matic played the full 90 minutes in the heart of the park against Chelsea and should be rested. It's possible that Fred and McTominay will start over. Bruno Fernandes is expected to start in center attacking midfield.

Rashford and Sancho have been particularly excellent, with the latter scoring two goals in his past two outings, and they should start in the wide attacking positions. We have not won a single league game without Ronaldo, and the 36-year-old great must return to the starting lineup as the major CF up front. 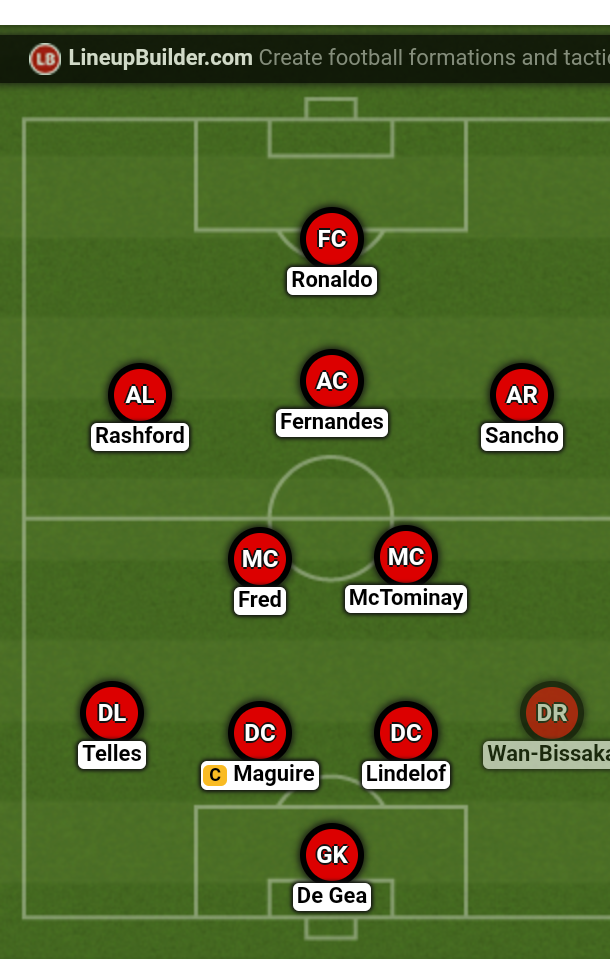