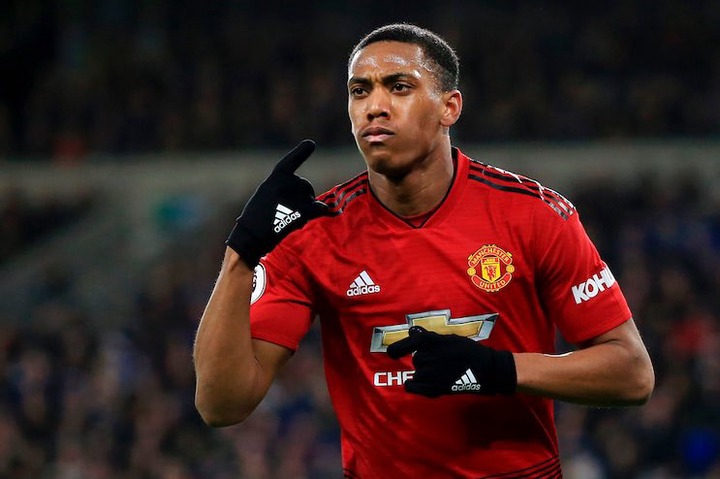 Manchester United officials have given Anthony Martial’s representatives the green light to look for a new club - he would be allowed to move on in January if a fair offer lands. United are seeking around £40m for him.

The 25-year-old forward had been tipped to leave Old Trafford following the arrivals of Jadon Sancho and Cristiano Ronaldo.

Barcelona are interested in Anthony Martial and the Old Trafford transfer chiefs 'have given Martial’s representatives the green light' to look for a new club. He is open to staying in the Premier League. 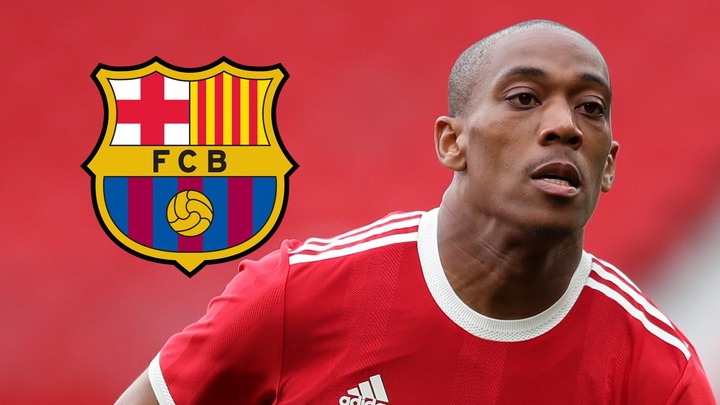 Martial fears he may be priced out of the market in January - he has been desperate to remain a part of Manchester United's plans yet does not want to sit on the fringes any longer if he is not going to get game time.

And his wages could be a sticking point when it comes to finding a new club.

United have informed the striker's representatives they are happy to let him go in the new year.

According to Eurosport, with the source stating that United want roughly £40 million for Anthony Martial and the Manchester United star could be on his way out of the club in January. However, Inter Milan and Juventus have both been linked with Martial in recent seasons. 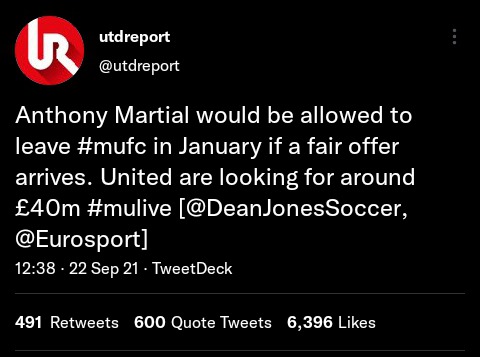 It's going to be a struggle to get Anthony Martial off the books whilst getting a decent price for him.

He has 3 years left on his current deal which is over £200k per week. Right now, after a disappointing start to the season, he is 3rd choice left-wing and 4th choice striker.