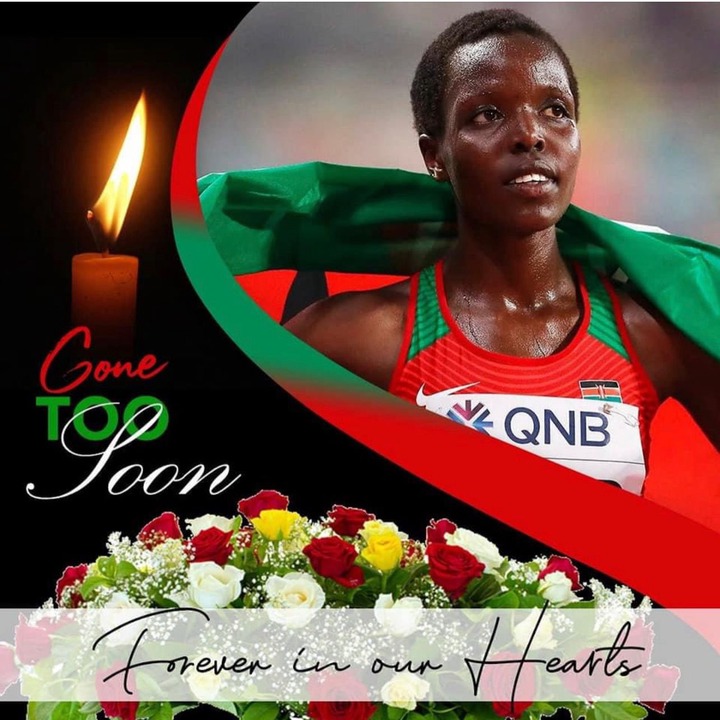 Thousands of Kenyans have thronged the Mosoriot area to witness Athlete's burial. Hundreds of Kenyans including Athletes and Politicians led by Athletics Kenya President Jack Tuwei have turned up for the final send-off to the late Athlete Agnes Chebet Tirop in her rural home Kapnyemisa.

Rift Valley women leaders especially Women Representatives have found themselves in a frying pan after athletes from Kenyan demanded them to vacate their offices for not helping women. 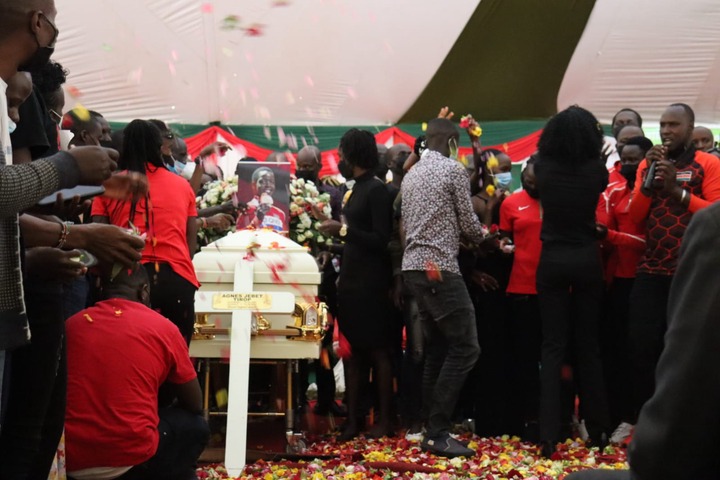 Speaking during the burial of 10,000m World Record holder Agnes Chebet Tirop, Mayola Langat, who was representing athletes from Diaspora demanded to know what Rift Valley women leaders were doing in parliament if they cannot fight for the rights of Women especially those subjected to Gender-Based Violence.

Bitterly castigating Nandi women representative, Ms. Langat questioned Hon. Tecla Chebet Tum and other women leaders such as Susah Kihika and Boss Sholei for being silent on women matters despite them being vocal women in the parliament. 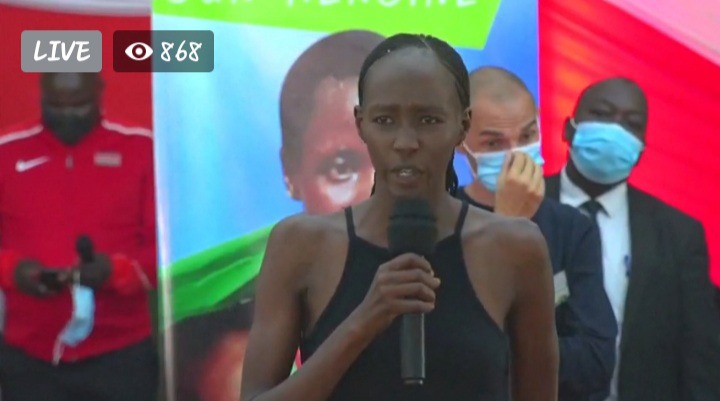 To her, they are so much glued into politics and retaining their political seats rather than working for the people who elected them.

Stressing the magnitude of Gender-Based Violence, Ms. Langat said that there are more women in the villages, who did not have the status quo of Agnes, who are suffering silently in the hands of their offenders.

President Uhuru Kenyatta was also not left behind by the angry athletes. They demanded the president not to be just silent on matters affecting women. 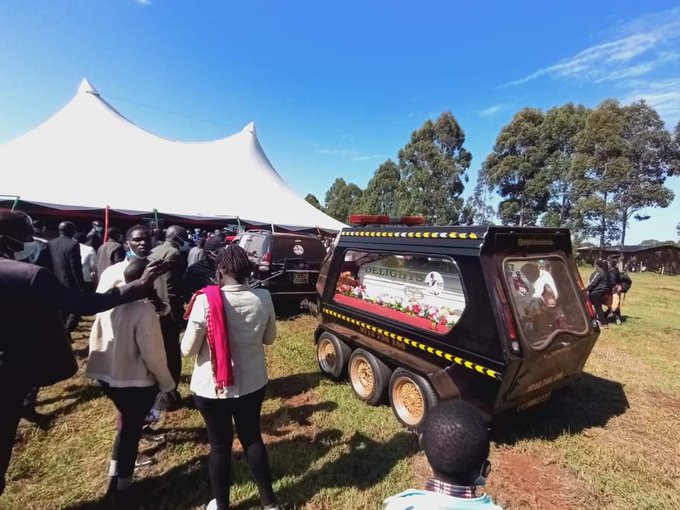 She called upon politicians to come together and enact laws that protect women and athletes. She further called upon the government to offer Life Insurance for the athletes and their families to caution them against such eventualities as deaths.

According to Ms.Langat, women are not assets and they need to be respected by society.