Despite England being beaten 2-0 away to Belgium yesterday, majority fans have chosen Aston Villa attacking midfielder Jack Peter Grealish as the best player in that match. 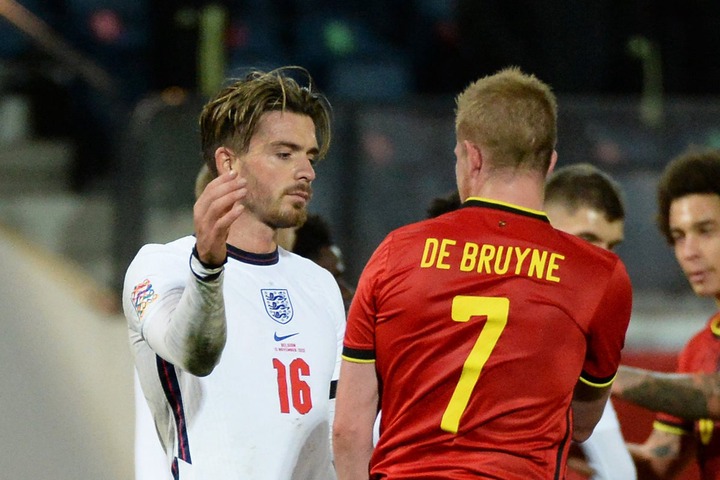 England went behind early on after a long strike from Youri Tielemans that was slightly deflected into the right post of the goal. In the last minutes of the first half, Kevin De Bruyne was brought down leading to a freekick that was phenomenally converted by Dries Mertens.

In a match that England had the ball but lacked creativity among most players, Grealish was really outstanding. Here are his statistics from the match, according to BBC sport.

With Kevin De Bruyne in the match, he is almost always the best player on the pitch. Goal posed a question to fans on who they would choose as the man of the match.

Grealish received the obvious majority. Of importance is that he was only allowed to step up because such players as Rashford and Raheem Sterling were not available for selection.

This has always been the case with most political commentators asking why Southgate has not been selecting Grealish despite his quality on the pitch. 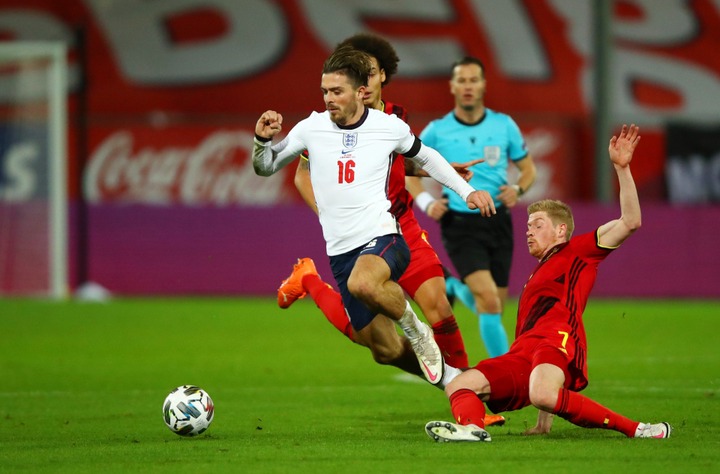 In his defence, Southgate has always claimed that Grealish is played as a number 8 at Aston Villa but he would rather use him as a number 10, which does not exist in his formation for the England national team. It seems like he will have to create a position for him.

Here are thoughts by fans on Grealish's performance;

Manchester United are said to be seriously pursuing the services of Grealish, likely in January 2021. This performance alone will definitely make them push harder to sign him.

Opinion: Forget About Mudavadi, Wetangula, Here is The Man Who Could Give Raila a Headache in Western Kenya Region

Matiangi, Munya and Mucheru Singled Out As CS's Whom Ruto Will not Give a Job In Government