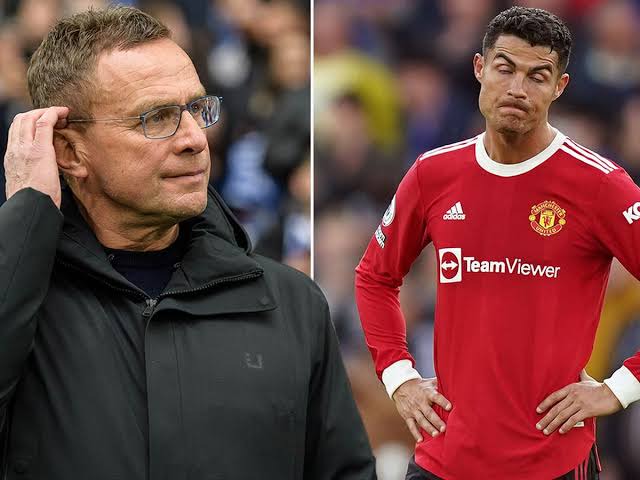 Manchester United have been flattering to deceive for the long time possible with Ralph Rangnick's side currently in position 7 in the Premier League.

United have struggled for consistency throughout the season with the poor results leading to the Sacking of manager Ole Gunnar Solskjaer. 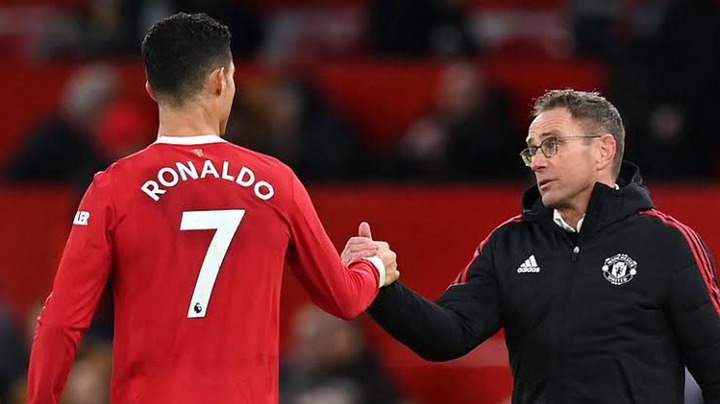 United had another opportunity to get themselves back to winning ways with a game against Premier League New boys Brentford. United started the game poorly with Brentford threatening to take the lead on several occasions.

United came back from the second half guns blazing with Swedish Attacker Anthony Elanga giving united the lead after receiving a magnificent pass from Fred.

Greenwood then doubled United's lead after a clever pass from Bruno Fernandez. Marcus Rashford then scored the third goal for United after receiving a through ball from Fernandez.

Despite the excellent performance, United Star Man Cristiano Ronaldo was seen fuming after he was substituted with a few minutes to go.

According to Rangnick, Ronaldo was very angry and asked him why he had decided to replace him instead of any other player.

"He (Ronaldo) said 'Why me, why did you take me off?'. I said I had to make the decision for the team, for the club. Maybe in a few years when he is a coach he will understand." - Ralph 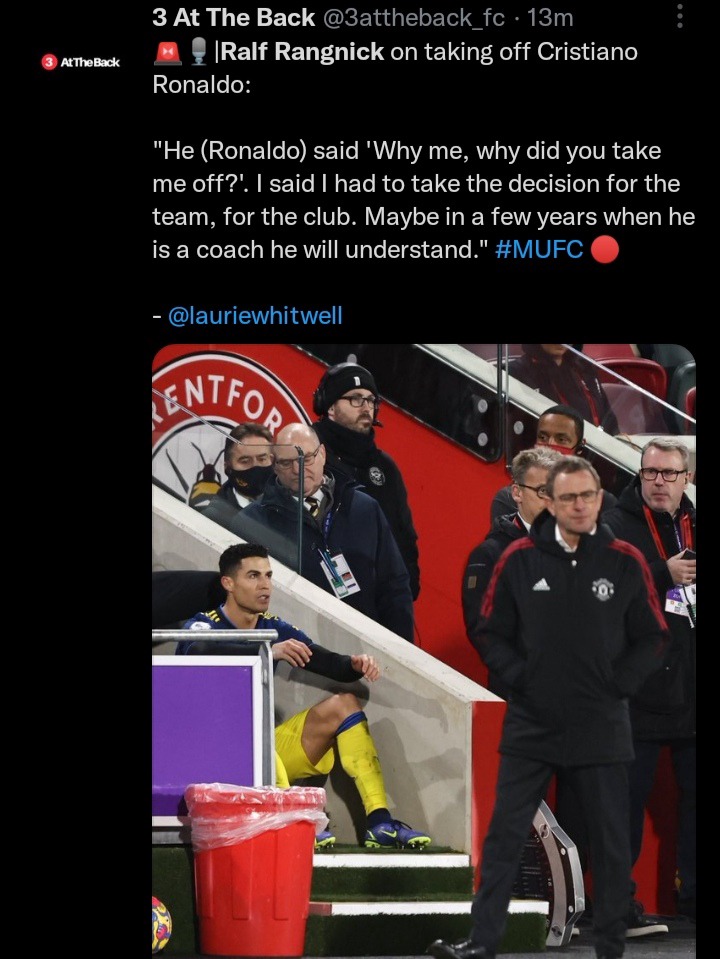