By ClassicBroadcastingMedia (self meida writer) | 5 days 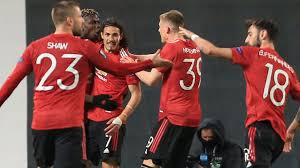 Real Madrid are unbeaten in 17 straight games in all competitions. Zinedine Zidane’s team are playing well and have a shot at winning both La Liga and the Champions League.

Blancos are two points behind Atletico Madrid in the La Liga title race and could move to the top of the standings with a win over Osasuna on Saturday and results going their way elsewhere.

Osasuna are a solid midtable side going into matchday 34 in La Liga. They are 11th in the table and 10 points above the relegation zone with five games to play.

Although they are not mathematically out of the relegation running, Osasuna should be far enough away to retain their La Liga status.

Real Madrid could only manage a nil-nil draw against Osasuna earlier this season. It was a poor result for Los Blancos as they fight for the La Liga title.

Zidane must keep the team from focusing on next week’s Champions League semifinal second leg against Chelsea. Real Madrid drew 1-1 against Chelsea in the first leg and now go to Stamford Bridge on Wednesday night seeking progression to the final.

Osasuna could be overlooked by the reigning La Liga champions – just as they were earlier this season. Los Rojillos took 11 points from the last 18 on offer in La Liga. It was the fourth-best points total in La Liga over the last six matches.

The team’s defence was brilliant over the course of those six games with just four conceded. They scored eight times.

Real Madrid posted the league’s second-best points total over the course of the last six games. They tallied 14 points from the last 18 available. They outscored opponents 10-2.

Zidane has five players on the injury list going into the weekend. Defenders Dani Carvajal and Sergio Ramos are doubts for the game. Carvajal is nursing a hamstring tweak and Ramos continues to recover from a calf issue.

Midfielder Federico Valverde is on the comeback trail from a positive COVID-19 test. He may not be match fit for the game. Ferland Mendy is nearing a return to the team following a calf injury.

Osasuna manager Jagoba Arrasate has one name on the team’s injury list. Goalkeeper Ruben Martinez could make the team following a broken finger.

Can Osasuna claim points against title-chasing Real Madrid? Los Blancos should claim a win against Osasuna this time around with over 2.5 goals scored and the sides both claiming goals.