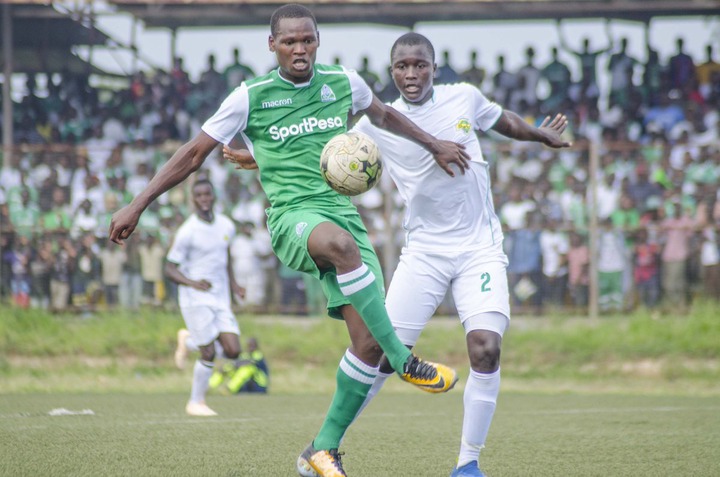 Following a challenging season that saw them miss out on another league title, Gor Mahia midfielder Samuel Onyango has pinpointed the Madaraka Cup triumph as his highlight of the season.

K’Ogalo bagged the Madaraka Cup after edging bitter rivals AFC Leopards in a thrilling penalty shoot out that was won by former Ingwe midfielder Austin Odhiambo.

Speaking to Mozzart Sport, Onyango thanked the government for organizing the match that ensured Gor Mahia avoided a trophy-less season with the FKF Cup failing to take place last season.

“My highlight of the season has to be the Madaraka Cup because Gor Mahia has gone for a long time without clinching a trophy.

I would like to thank the government for organising the cup because they saved us from the embarrassment of finishing trophy less,” said Onyango.

The last time Gor Mahia finished the season without a trophy was back in 2016 when Tusker FC claimed the double and Muhoroni Youth clinched the KPL Top Eight.

Onyango also recapped the season as he intimated that Gor Mahia stood a chance of reclaiming the title after finishing the campaign eight points behind Tusker FC.

“The season was not that bad if you look at the previous season we finished eighth, there has been some improvement though we all wanted to win the title.

In the just concluded season we had a chance though I will not take anything from Tusker and Homeboyz who were consistent but us finishing third considering we had a ban not a full strength squad,” added Onyango.