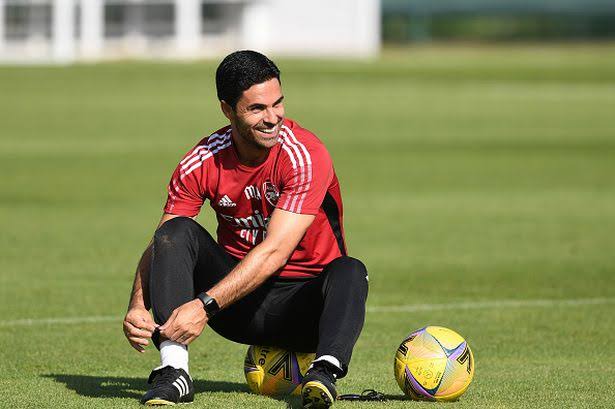 Mikel Arteta's led Arsenal are braced for a busy transfer window in terms of arrivals as well as departures as the manager embarks on an important rebuild process at the club having failed to qualify for European football for the first time in 25 years.

Nuno Tavares has already arrived at the Emirates stadium and scored his first Arsenal goal on his debut against Rangers with the club set to announce the deal to sign Albert Sambi Lokonga from Anderlecht.

Arteta revealed that Arsenal are set to welcome some new faces before they head out for their trip in America where they are set to face Inter Milan in the Florida cup and sky sports news reports that the gunners are set to complete the signing of Houssem Aouar from Olympic Lyon.

The gunners have been linked with moves for James Madison and Manuel Locatelli in the Midfield department but it is now being reported that the Lyon playmaker could be the man pulling the strings in the middle of the park for the gunners next season.

Arsenal have already agreed a deal to sign Ben White from premier league side Brighton who is set to undergo his medical once he returns from his holiday on July 26 and Aouar is set to follow him to North London.