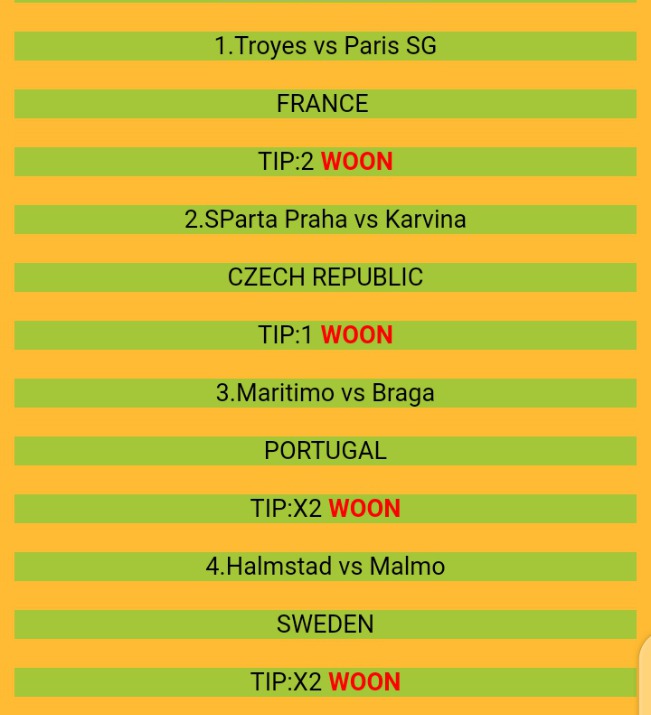 The game start at exactly 7pm in the evening when Sochi will be hosting Khimki at Fisht Olympic stadium.

Previous games, Sochi have won 2 times than Khimki having no win. Their first game 3-2 home victory for Sochi, and last game 2-3 away victory. Other games records a draw record, both teams scoring the same goals or both having no goals. Sochi have high chances of winning against Khimki.

The game starts 30 minutes past 5pm in the evening times. Metta will be hosting Valmiera at Rigas Hanzas stadium. From the previous games, Valmiera have won three of the last five times while Metta have no win. Among the last five games together, both of the teams have been scoring against the other, however their last game was exceptional when Valmiera won with two goals against Metta having 0 goals.

The game will 30 minutes before midnight hours when Rangers will be hosting Cobreloa. Cobreloa have won two of the last five games together while Rangers have no win for the last five fixtures head to head. The last game was a no score for the both teams when Rangers scored 0 goals while Cobreloa scored three goals.

The game will begin 30 minutes past 5pm in the evening when Spartak will be hosting Noah. Their previous games was a big win for Spartak when they scored five goals for consecutive two fixtures.

My Declaration On 23rd January Will Cause An Earthquake In Kenyan Politics: Mudavadi