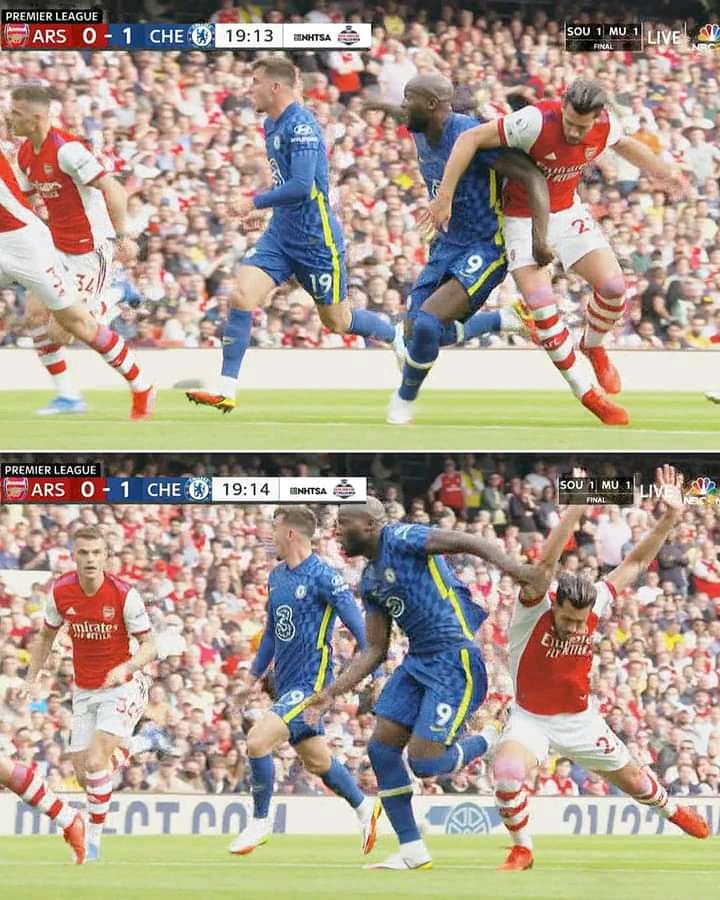 Arsenal lost their second match of the season against fellow Londoners Chelsea.Romelu Lukaku was in hot form as he scored the first goal for the gunners.He would later cause more problems for the gunners as the game progressed.

Reece James scored the second goal and that ensured Chelsea secured all the three points.However there were observations from the loss against Chelsea today.They are as below;

Pablo Mari is a left footed centre back but is so slow.He was bullied all the time by Romelu Lukaku.

2.Arsenal are poor on set pieces

Arsenal need to work on their attack and defense of setpieces.They get corners which they don't utilise well.When the opponents get corners against them,they don't know how to defend.

This is one department that needs change now.Aubameyang even from pre-season wasn't performing therefore he should not be relied upon going into the new season.

4.Arteta's choice of substitutions is really questionable. Removing Saka for Aubameyang instead of the likes of Martinelli who was not performing doesn't make sense.

5.Arsenal have no proper last man.

Most of the time Arsenal were caught on counter because the centre backs went too deep inside.Hopefully Gabriel Magalhaes recovers quickly and also Ben White.