The fight to remain relevant in the European champions league next seasons continues to take different shape in Europe especially in the English premier league.

English premier league teams seems to have given up the race to Manchester city as far as EPL tittle is concerned and majority of them have now shifted their attention and energy to top four flight and relegation survival.

Manchester city, Chelsea, Liverpool, Man United, Arsenal , West Ham and Tottenham Hotspurs are some of the EPL giants engaged in this throat-cut competition.

On Sunday, Tottenham made a visit to Chelsea in another haunt for points to determine the standings in the English premier table. The match that was dominated by the blues for ninety minutes was full of drama that has given birth to mixed reactions from football fans, commentators and famous pundits.

First half of this real match ended in a barren draw after Hurry Kane's goal in the last quarter of this half was denied by center referee after consultation.

Kane was fouled by referee for pushing Chelsea last man Thiago Silava in their own box before gaining the possession of a cross delivered by Bergwijn and finding back of the net to give Spurs lead and morale to continue with campaign.

However much Kane is said to have touched Thiago, majority of football fans hold the view it did not worth punishing and Kane's goal could have counted instead.

Sports pundits who gave their idea on the same during halftime break gives the credit to 37-yearl-old, Thiago Silva for having shown great levels of brilliance and experience to see Kane's goal denied. 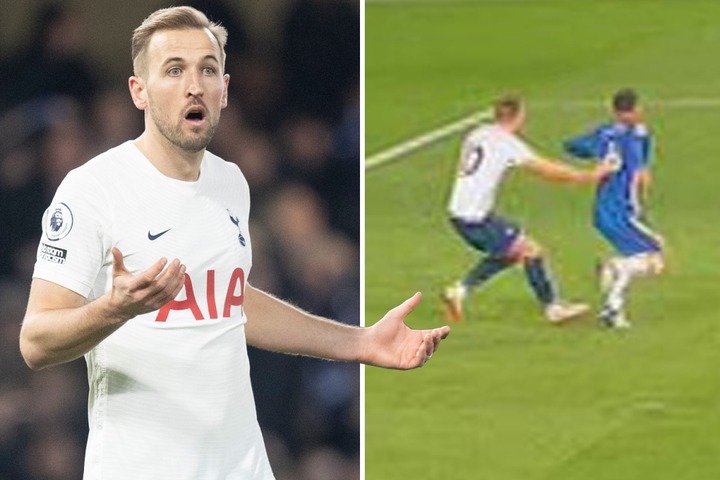 According to pundits. The ball was too far from Thiago and could not rise to the occasion in anyway. He therefore used his brilliance to go down at the moment he felt Kane's hand touching his back.

What is your opinion, was the goal worth cancellation?

Deadly diseases that kill in silence and how to prevent them

Kenyans React To Raila's Tweet After Posting This Photo

5 Dog Trainer Principles To Use With Your Boyfriend