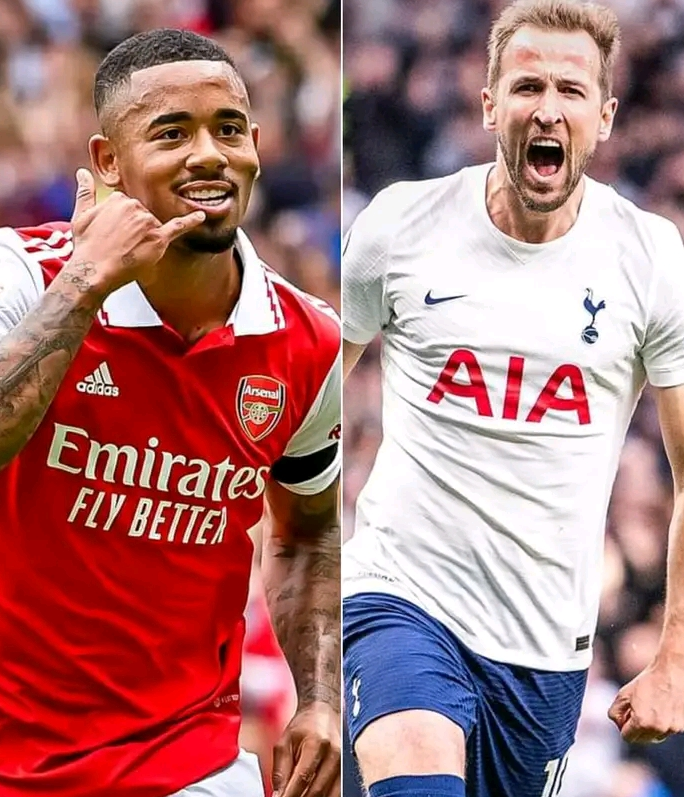 Arsenal Manager Arteta has confirmed that Odegaard, Partey & Zinchenko are fit and available for selection against Tottenham in the London Derby. The confirmed Arsenal Full squad available to face Tottenham include: 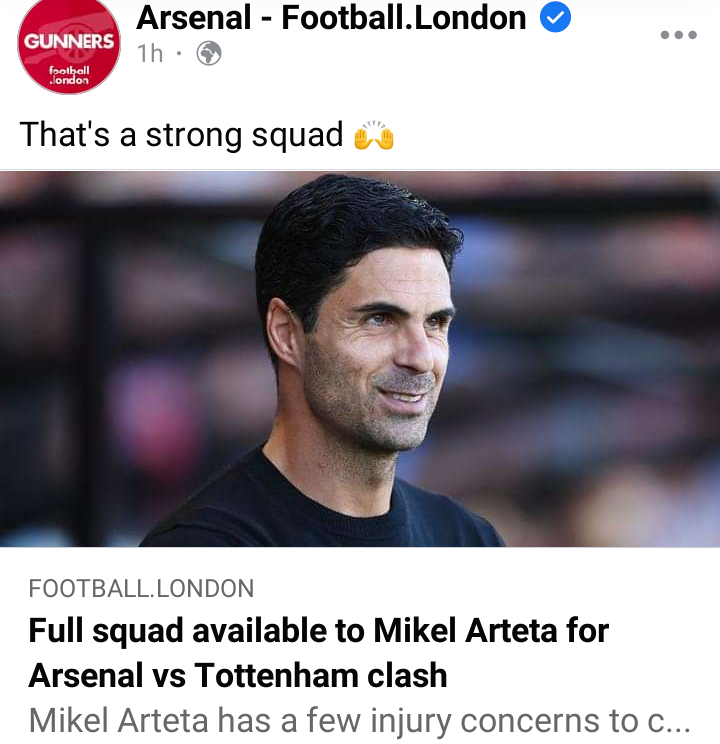 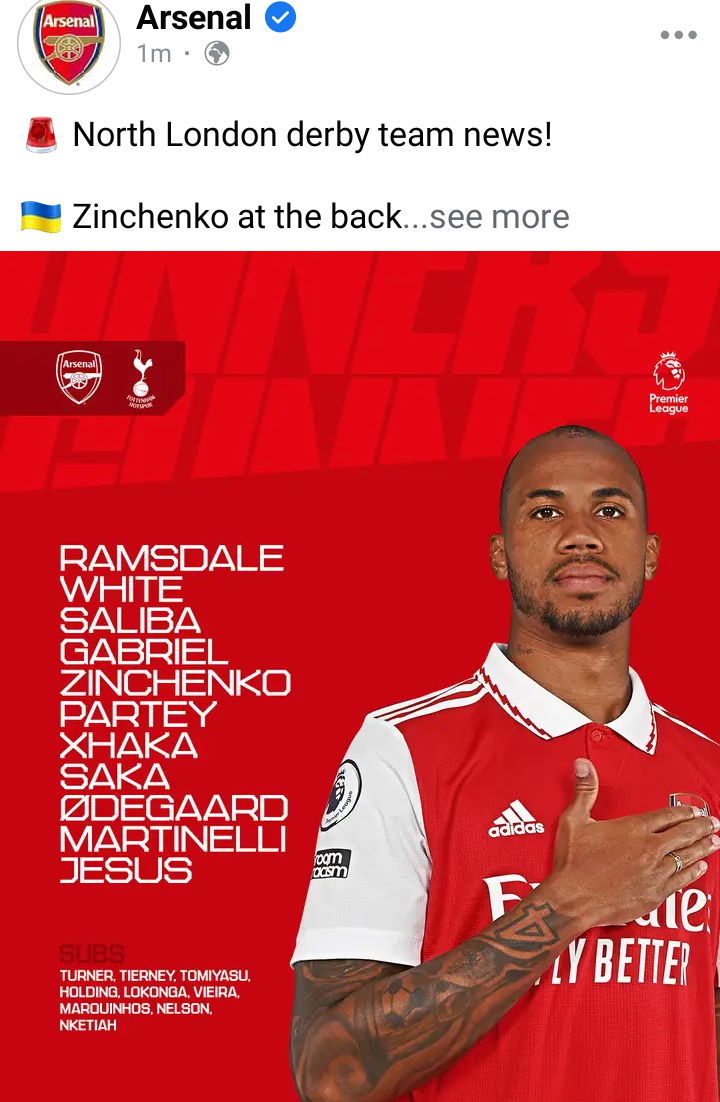 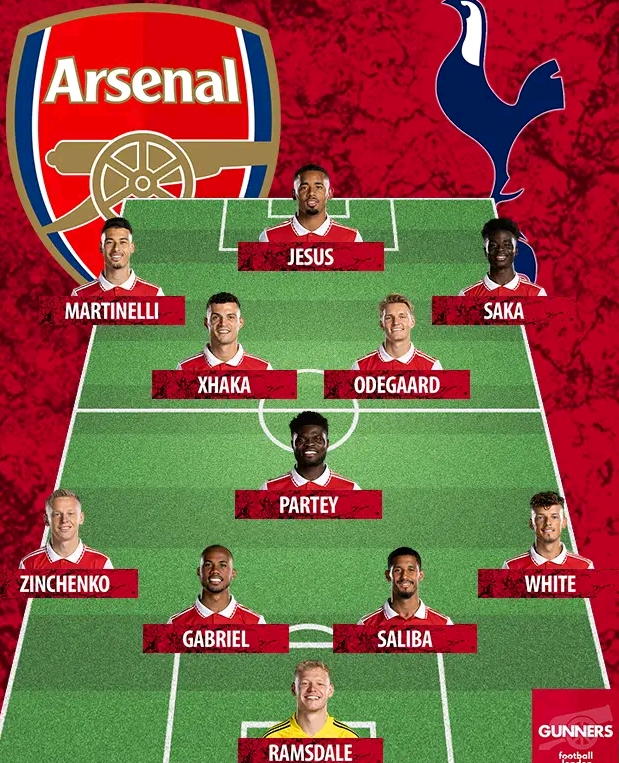 Tottenham Goalkeeper Lloris is starting protected by Lenglet, Royal, Romero and Erick Dier in the defence. Tottenham midfieled will usher in Perisic, Bentacur & Hojbjerg while the attack will usher in Richarlison, Son & Harry Kane.