By MiriamChemutai (self media writer) | 1 year ago

American legend Landon Timothy Donavan has delivered his verdict on how the American captain Christian Pullisic is being treated at Chelsea by the current German coach Thomas Tuchel. Landon Timothy Donavan ( born on March 4 1982) is an American retired national professional soccer player who is the manager, co-founder and the vice president of soccer operations for USL championship side San Diego Loyal Sc. 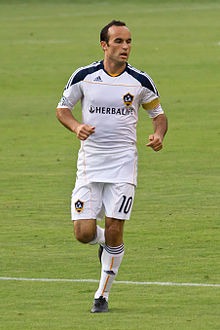 He has commented on Pullisic's current performance at Stamford Bridge under Tuchel. He claimed that Christian Pullisic is a very creative kid with exceptional qualities who should be club's main striker of all times. He wrotes this words on his twitter account,

"Pullisic is a wonder kid who should be playing regularly at the club........"he wrotes.

Landon Donavan further explained that Pullisic is a young player who still needs more playing time to expound his qualities as a great player. He admitted that concerning his current performance in attachment with his age, he will possibly becomes a great and admirable player for Chelsea in future if only he is given more minutes to prove himself at the pitch. 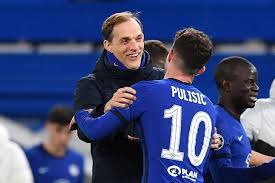 Christian Pullisic scored for Chelsea in UEFA Champions League semi final competition against Real Madrid. His performance were overwhelming and he has attracted a lot of praises from his fellow country mate players and legends. The right winger is currently facing a stiff competition from Hakim Ziyech and Hudson Odoi for this position

On January 2, 2019 Pullisic signed for a Premier League club Chelsea after completing his permanent move from Borussia Dortmund for an estimated transfer fee of around fifty eight million paunds. He signed a five and a half year contract and he became the third American player to join premier league team. 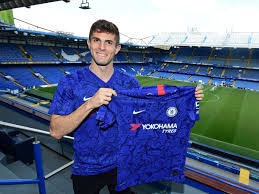 Nairobi Landlords In Trouble As President Ruto Launches A Project That Will Lower Cost Of Rent.