Arsenal insider reveals a surprising player as one he sees as the most skillful in Arteta's squad.

By Soccer_exposé (self media writer) | 11 days ago

In the summer transfer window, Ben White was Arsenal's prolific signing after Arsenal got him from Brighton for £50m. 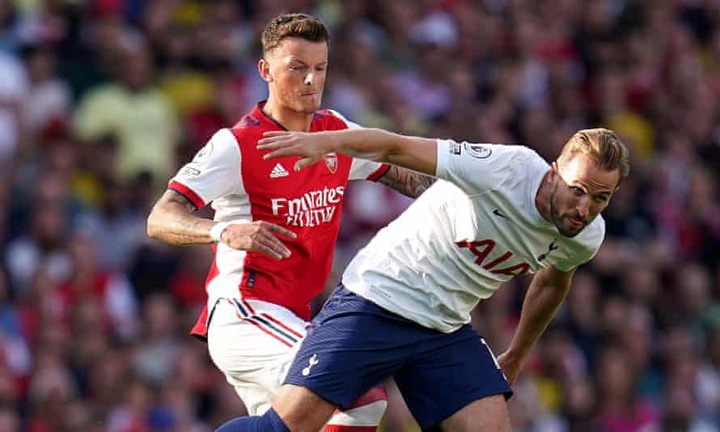 His move to Arsenal was to calm and bring some sense to Arsenal's defense, and so far he has tried to do just that, as seen by the fact that Arsenal have already had 3 cleansheets in 7 league games. As a first team player, White has interacted with Arsenal's best players, a situation that has definitely made him able to know who is best at what. 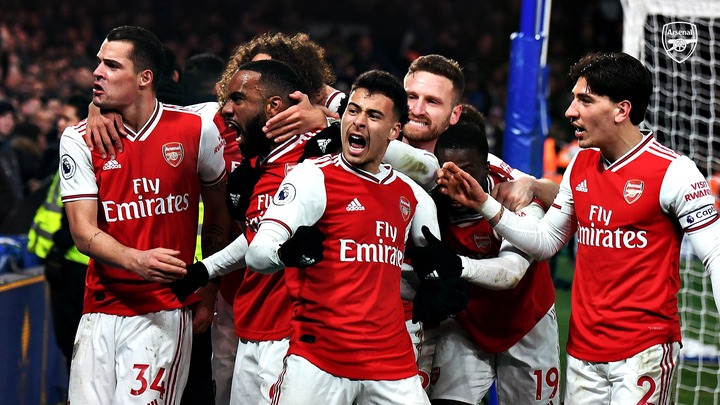 Recently, in his social media interactions on Twitch, some Arsenal fans asked him who he thought was the most skilful player at Arsenal. Surprisingly, he did not pick either Emile Smith Rowe or Bukayo Saka; he instead picked Gabriel Martineli. In his own words, this was what he told his followers on Twitch: "I would probably go with Gabriel. He’s silky!" 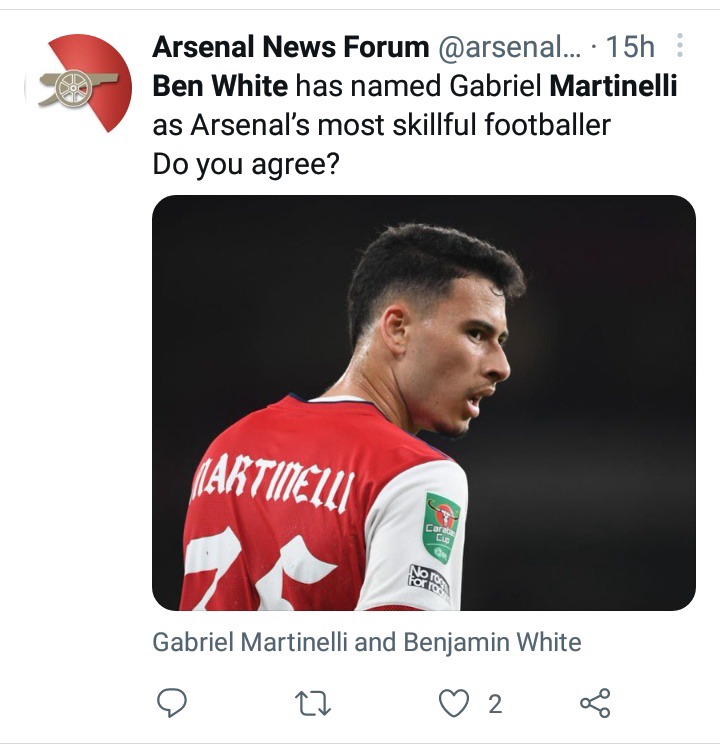 Martineli may be impressing on the training ground, but he is yet to be properly utilised by Mikel Arteta on the field of play. Although many people have witnessed Martineli's brilliance firsthand, some believe he is still young and that his time will come, while others believe that he may be on his way out of Arsenal to seek more consistent playing time if he continues being sidelined.