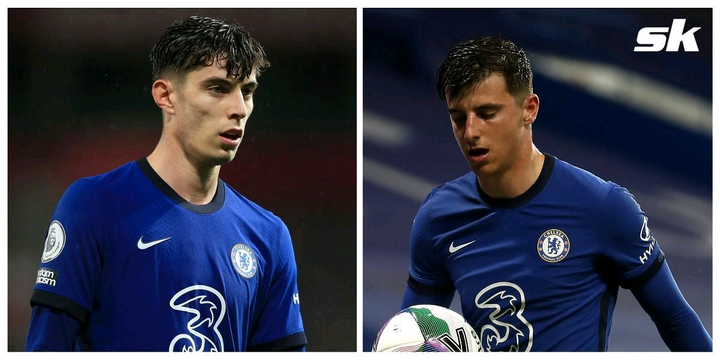 Hansi Flick, Germany's coach, confirmed last week that Havertz experienced a thigh injury during the international break. Flick later claimed, though, that the attacker may have participated in Germany's upcoming encounter against Armenia. Not only did Havertz play in the contest, but he also scored the opening goal in Die Mannschaft's 4-1 triumph.

Chelsea have mostly used the 22-year-old as a false nine in Lukaku's absence, and he would have been a major loss. Havertz, on the other hand, appears certain to feature in the Blues' Premier League clash against Leicester City this weekend. He has four goals and two assists in 16 appearances for Chelsea this season.

Mason Mount, meantime, had dental surgery earlier this month due to an infection in his wisdom tooth. The Englishman did not recover in time for the international break with Gareth Southgate's team. Mount, on the other hand, is set to play this weekend against Leicester City. The 22-year-old has appeared in 13 matches for Chelsea this season, scoring three goals and providing two assists.

Unlike Mason Mount and Kai Havertz, Chelsea have yet to discover Romelu Lukaku, Timo Werner, or Mateo Kovacic's availability.

Lukaku and Werner both left the field injured during the Blues' 4-0 UEFA Champions League victory against Malmo on October 21. After winning a penalty for his side, the Belgian sustained an ankle injury and was replaced by Havertz in the 23rd minute. Meanwhile, Werner fell down with a hamstring injury roughly 20 minutes later and was replaced by Callum Hudson-Odoi.

Neither player has appeared for Chelsea since, and there is no indication of when they may return. Lukaku, on the other hand, has resumed training and might return to match fitness sooner rather than later. He has four goals in 11 appearances this season for the Blues, while Werner has two in ten.