By Smartmind (self meida writer) | 1 months

Premier week 37 is going down today with five games to play and here is all the analysis you need to know on today's all 6 games that will make smile at the end of the day.

The top four clubs have all played with Chelsea getting a win against Leicester city 2-1, Man City lost to Brighton 2-3 while Manchester United drew with the relegated side Fulham 1-1. 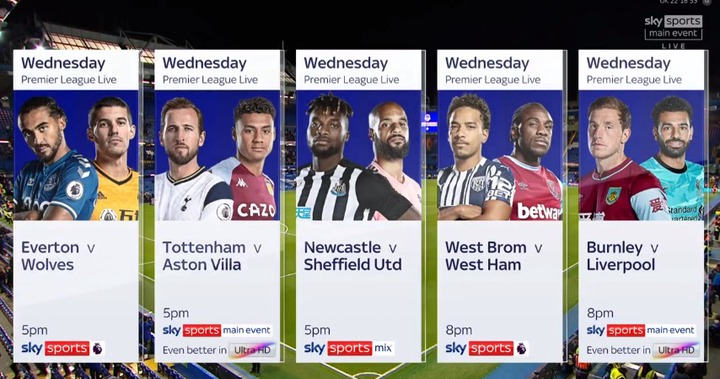 Goodison Park welcomes fans back for Everton’s penultimate game of the season, yet it’s unlikely to be a celebratory occasion. That’s because they’ve all but sabotaged their hopes of qualifying for Europe following just two wins in ten Premier League (PL) matches (W2, D4, L4) - only five sides have picked up fewer points during that time (ten). Additionally, they’ve managed to score over 1.5 goals just once in those ten encounters.

Midtable Wolves are playing only for pride, and their form across the last six league matches highlights that (W3, D1, L2). Within the last four, they conceded first on three occasions, which is worth noting as they’ve managed to open the scoring in just 27.78% of their away PL games this season. However, the visitors are undefeated in the ten league matches they’ve scored first (W8, D2 - any venue). 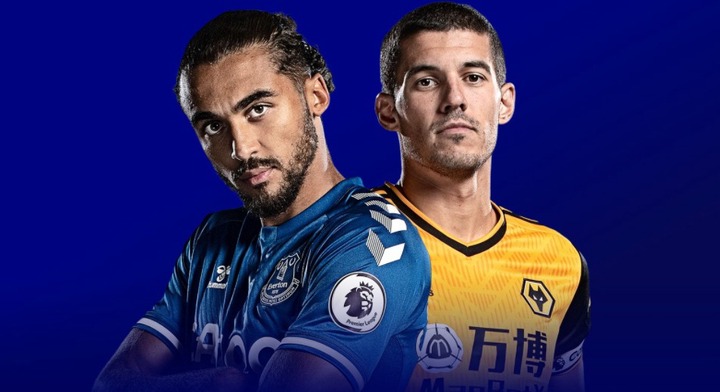 Players to watch: Although without a home PL goal since March, Everton’s Richarlison boasts four goals in five appearances vs Wolves. Meanwhile, Adama Traoré, who scored in his second to most recent Wolves appearances, has netted all seven of his PL goals after HT.

A three-game winless run (D1, L2) has ended Aston Villa’s European hopes, although Villa are still set to finish in their highest PL placing since securing ninth in 2010/11. Two of those matches saw Villa lose despite scoring first, which is worrying as prior to that they had a healthy 72.22% win rate when netting first this PL campaign (W13, D2, L3). 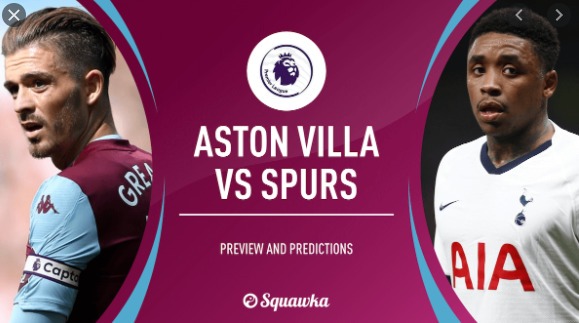 Players to watch: Only Robert Lewandowski and Lionel Messi have been directly involved in more goals across Europe’s top-five leagues than Harry Kane (22 G, 13 A). Impressively, Anwar El Ghazi’s seven PL away strikes is the highest away haul of any Villa player across their last five top-flight campaigns - three were match openers.

Mathematically safe, a win here could haul Newcastle up to 15th, but regardless goals look likely as their last eight fixtures have averaged 4.0 goals per game (W3, D2, L3), a marked increase on the 2.61 seen in their Premier League (PL) matches prior. The ‘Magpies’ have been drawn to late drama though, witnessing 47.62% of their PL match goals arrive after the 60th minute, and have led just five times at HT - the division’s joint-second-lowest total.

Despite relegation being confirmed in mid-April, Sheffield United still have fighting spirit and have won 1-0 twice in four PL games since (W2, L2). Indeed, following a winless PL start to 2020/21 (D2, L15), the ‘Blades’ have recorded six victories by a one-goal margin in the 19 PL games following. Furthermore across eight league fixtures vs the bottom six, there was an average of just 1.5 goals (W3, D2, L3). 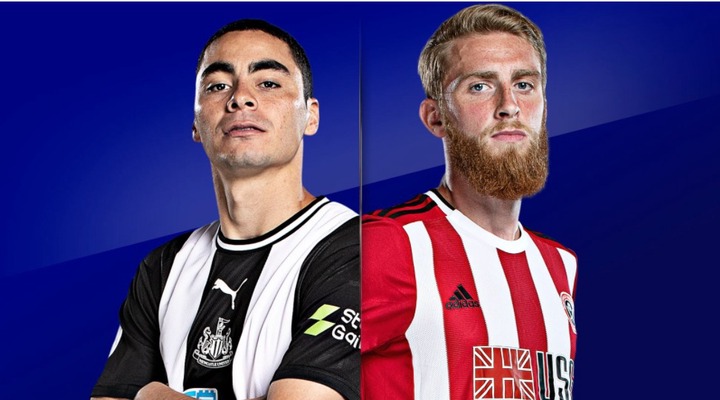 Players to watch: Newcastle’s Joe Willock has outscored his teammates in 2021 with six PL goals - four were netted after the hour mark. Sheffield’s biggest hope could be David McGoldrick who has been their first goalscorer in the last 12 competitive matches he’s found the net.

Relegated West Brom will be reeling from the remarkable scenes of their last game, where Liverpool goalkeeper Allison’s 94th-minute winner marked the fifth time the ‘Baggies’ had failed to convert an opening goal into a win, with their average points haul of 1.56 when scoring first the league’s worst. Consequently, no team has conceded more Premier League (PL) goals than West Brom’s 44 (ahead of Round 37) since Sam Allardyce’s December arrival.

West Brom will hope the return of fans will drive them on after floundering with an empty stadium this season (W3, D6, L9) and struggling to close out games. The only PL team not to score after the 75th minute at home, they’ve conceded eight goals in this period (tied-worst), with four of those goals directly costing them vital points (D2, L2) 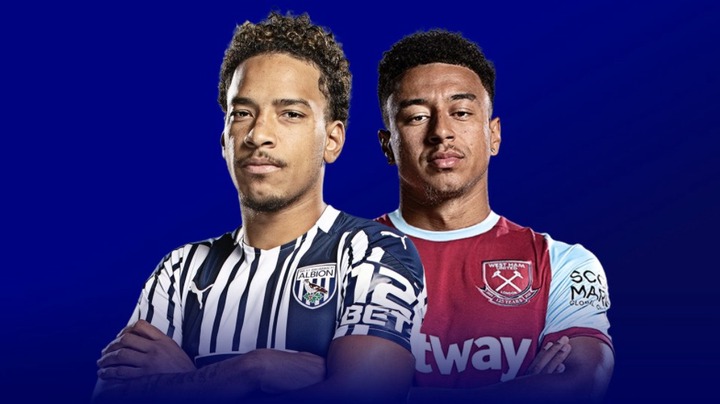 Players to watch: Only two of Matheus Pereira’s (WBA) ten goals have come at home this PL season, while eight of Michail Antonio’s (WHU) nine PL goals have arrived in the first half.

Hot stat: Seventeen of the last 21 PL H2Hs have featured at least one first-half goal.

In their penultimate Premier League (PL) game, Burnley plays for nothing but pride, as they will finish in the bottom half regardless of what happens in their final two games. The ‘Clarets’ have blown hot and cold of late (W2, L3) though goals are often assured, with seven of their last eight PL games each producing over 2.5 in total.

Impressively, Liverpool’s six-game unbeaten run in PL away games (W5, D1) is embossed by successive comeback victories ahead of this clash. Two-thirds of Liverpool’s away goals this season came beyond HT, whilst they’ve scored only three away league goals (8.33% of total) inside the opening 30 minutes of their road trips. 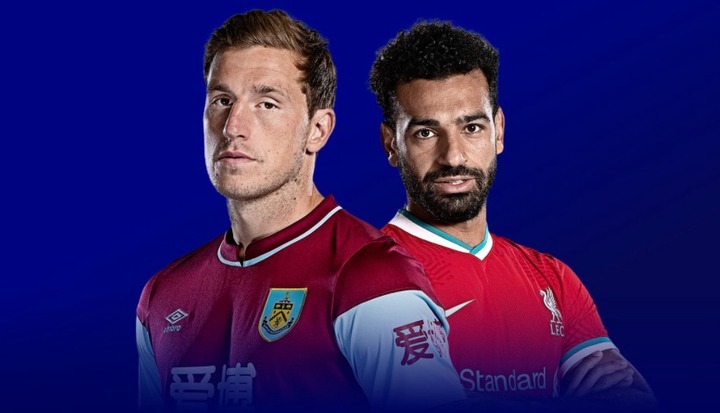 Players to watch: Burnley’s Chris Wood has scored five of the Clarets’ last seven PL goals. Amazingly, Liverpool’s win vs West Brom (May 16) saw Alisson Becker score the first-ever-headed goal by a goalkeeper since the PL’s 1992 formation! It was also their latest time for a winning goal since 2015/16.

Hot stat: Since Jürgen Klopp’s appointment in October 2015, Liverpool has picked up a league-high 94 points from losing positions.

Sunday's 3-2 victory over Aston Villa means Crystal Palace can still hit 50 points for the first time ever in the Premier League (PL). They twice came from behind against Villa, and in three of their last five matches, the side scoring first failed to win. A staple of their recent PL matches has been early goals, with an average of 1.17 being scored before the 20th minute across their last six.

Arsenal must ignore all that and extend a three-match winning run in the league if they’re to qualify for Europe. Those victories all came after they led 1-0 at the 30-minute mark but a repeat is anything but guaranteed as they haven't won in five competitive H2Hs (D4, L1), the last three were all draws in which they failed to score any goal after HT.

Players to watch: With 11 PL goals this term, this has been Wilfried Zaha’s most prolific top-flight campaign for Palace - he’s netted the opener in three of his last four goalscoring outings. Similarly, Emile Smith Rowe scored first inside 30 minutes in each of Arsenal's last two PL fixtures.

Hot stat: Arsenal has conceded just two PL away goals after HT all season – a league-low. 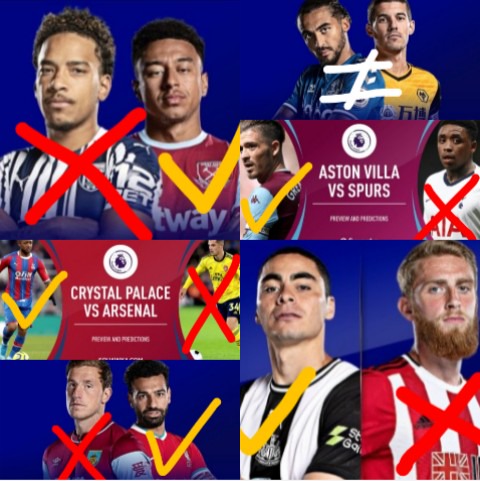 Prediction for Five (5) Games to Guarantee You a Win Today

Opinion: Why Bruno Fernandes has Failed to Inspire Portugal at the Euros