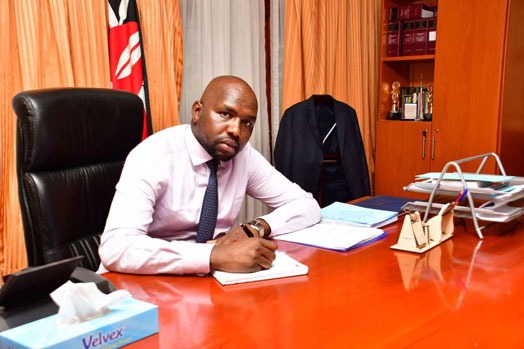 Through his Twitter account, Kipchumba Murkomen claimed that he already had a job as a minister of transportation. It is his responsibility to learn about twenty-foot equivalent units (TEU), which are used to measure containerized freight.

In William Ruto's administration, Murkomen was appointed cabinet secretary. He wrote this in response to Aaron Cheruiyot's post criticizing him after his favorite team, Manchester United, lost a match at the Etihad stadium. 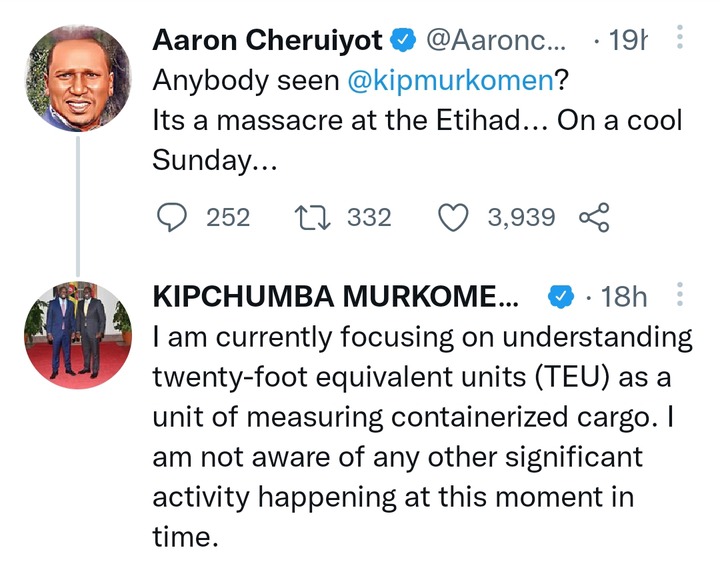 Murkomen took advantage of the occasion to declare that he already has a mission to comprehend the TEU. Cheruiyot, the Senate's current majority leader, might have been disappointed.

This demonstrates Kipchumba Murkomen's sharp focus. He did a great job as the majority leader of the Senate under the previous government. He will likely do well in his role as minister of transportation, too.

I Have Never Called Koome or Judges to Rule a Case In My Favour, You Can Ask Them; Pres Ruto Says