The government Pathologist has finally opened up about the mysterious death of 5000m Olympic champion Agnes Tirop who is reported to have been found dead in her house under unclear circumstances. 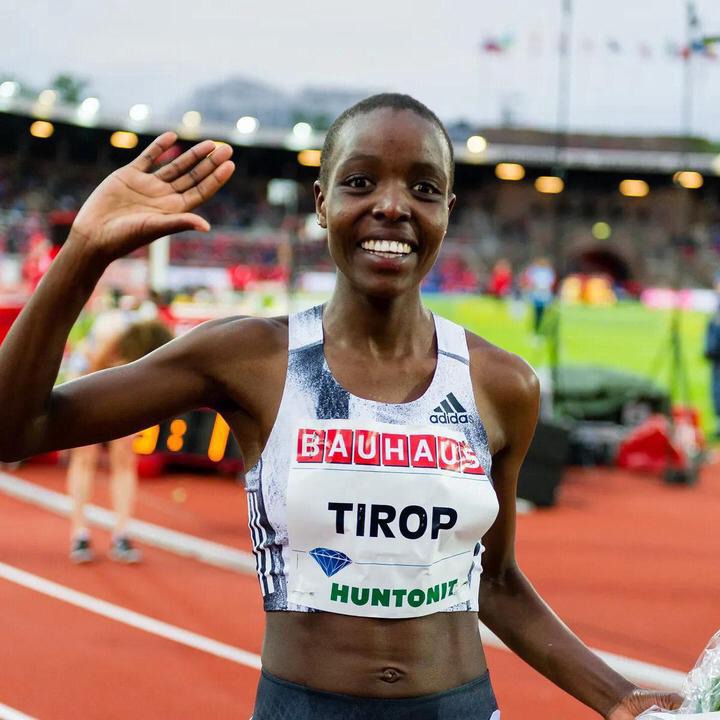 According to the reports given by the government Pathologist, it has been revealed that the deceased died after being hit on the head with a blunt Object as well as being stabbed several times by her killers who allegedly murdered ef for unknown reasons.

In an incident that happened several days ago, Tirop was found dead in her house by one of the witnesses who immediately called police officers. This was followed by a dramatic scene after officers launched a search for the suspect wbo at the time was unknown.

However the the family of the deceased revealed that the husband of the deceased might have been the one who killed her claiming that he had allegedly called them over the phone apologizing for what he had done to their daughter after which he switched off his phone to avoid being tracked by police officers who were searching for him. 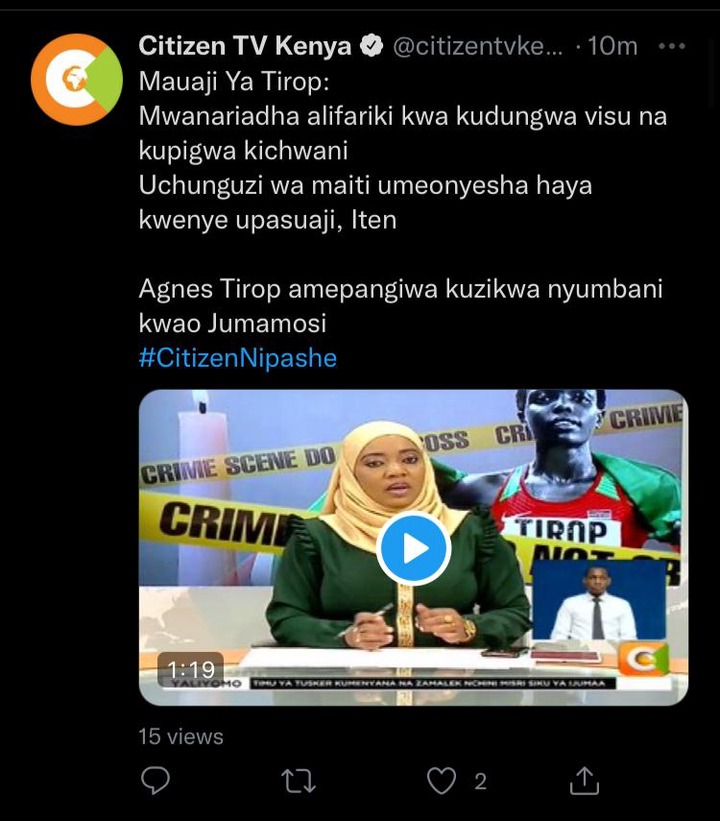