The 2021-2022 Uefa Champions League final between Liverpool and Real Madrid will start in a few hours in Paris, France. 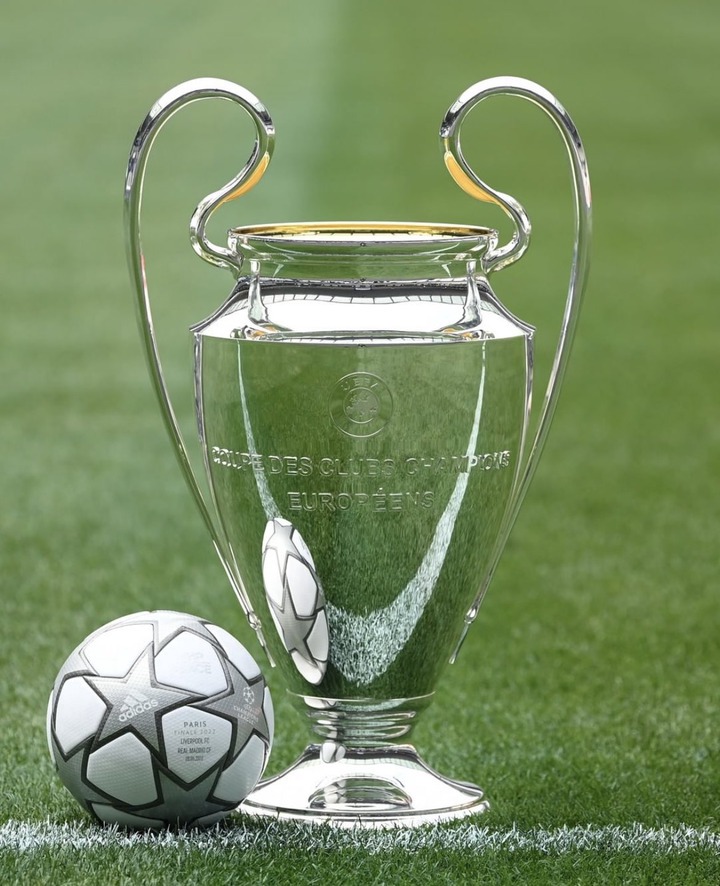 As they try to win their 7th Uefa Champions League title, the English team will try to get back at the team that beat them badly in the 2018 World Cup final.

Real Madrid might also want to get back at Liverpool, since the last time they lost a Uefa Champions League final, it was to Liverpool in the same city where tonight's game will be held.

John Terry, a Chelsea legend, was asked about tonight's final. He said that he thought there was one part of the game that could decide the game. 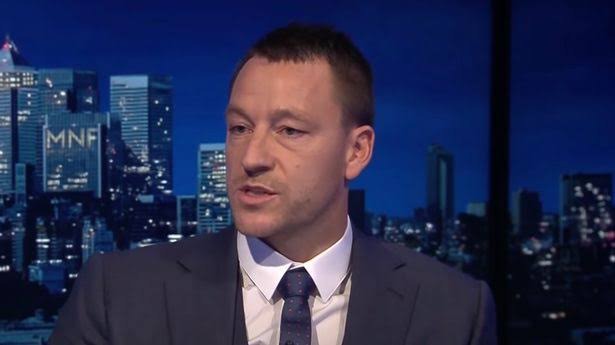 The former captain of Chelsea said that the battle between Vinicius Jr. and Trent Alexander-Arnold could be the key to tonight's game. 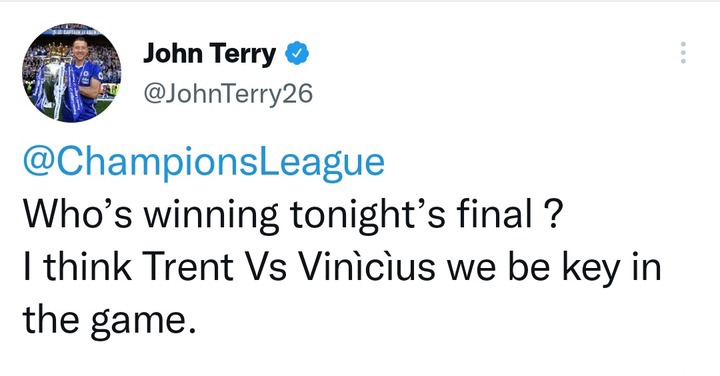 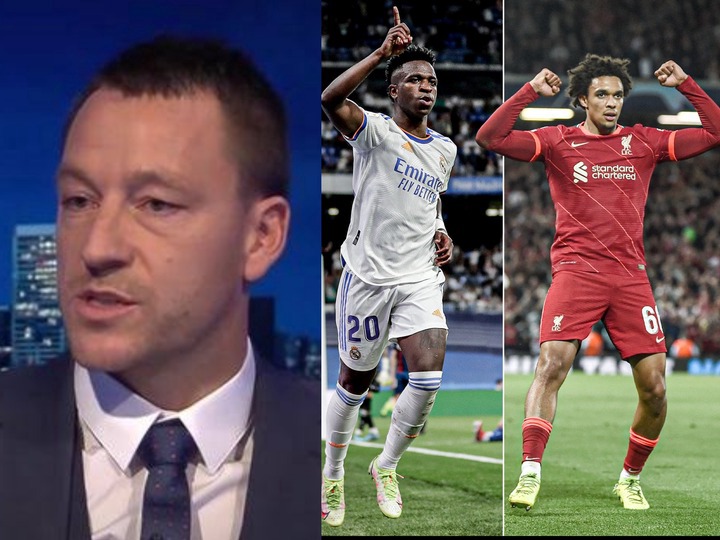 The last time these two teams played each other was last season, and Vinicius Jr.'s performance against Arnold won the game for Real Madrid.

John Terry said that if you want to beat Real Madrid tonight, you have to stop Vinicius Jr from having a great game. The problem is that it will be very hard to do that.

How do you feel? Please say something.