Meet The Striker who destroyed Totenham in 9mins.

By IsaacGreg (self media writer) | 2 months ago

The 23 year old striker needed only 27 seconds to score against Totenham Hotspurs in his premier League debut. In less than ten minutes, he added his second goal from a close range. He received a beautiful pass from Conor Gallagher to score Totenham's third goal. Can I call it luck or chance? Eduardo only took 27 seconds and less than 10mins to have a brace in his premier League debut. The former Celtic striker entered the pitch in the 80th minute. Crystal Palace were leading1-0, courtesy of Wilfred Zaha's goal from the penalty spot. Odsone Édouard scored his first goal in the premier league. He shot the ball into the bottom right corner after receiving a beautiful pass from Zaha. Zaha did the big part when he dribbled past Totenham's defender. The 23 year old was very happy during his celebration. He celebrated with his fellow team mates making the crowd at Selhurst Park to go wild. Patrick Vieira was very proud of his palyers. It was Crystal Palace's first win of the season.

Is there any footballer who took less than a half a minute to score in his 1st Premier League debut? Do you know of a striker who used 10 mins to score a brace in his debut game ? Feel free to drop your comments in the comments section. 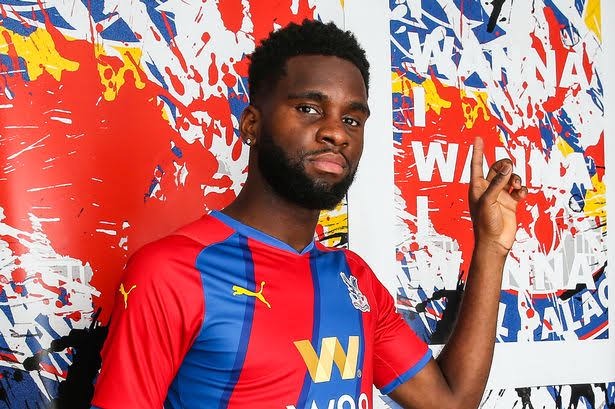