By Ruthmwas (self media writer) | 11 days ago

Man United are expected to be without Brazilian midfielder Fred and Cavani for their Premier League match against Leicester, forcing Ole Gunnar Solskjaer to make a substitution. 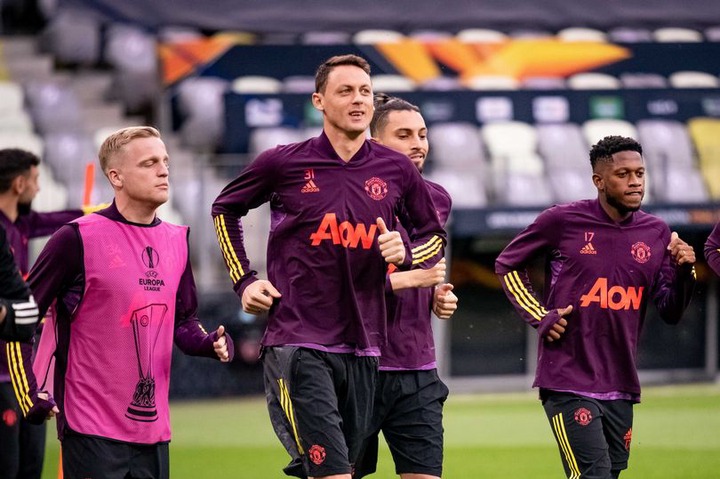 The international break may provide a perfect opportunity for Manchester United manager Ole Gunnar Solskjaer and his coaching staff to reflect on the season thus far, but national team obligations are also likely to deprive his squad of two senior players for their next match.

Both Fred and Edinson Cavani started in the weekend draw with Everton, but given their continuous exploits in South America, they are unlikely to play in the following league match away at Leicester a week on Saturday.

On the eve of United's journey to the King Power Stadium, Brazil and Uruguay will meet off in their third World Cup qualifier of the current international break, leaving them with only 36 hours to get back to England, let alone play in the match.

It means United will have to make at least two changes for their match against Leicester, and it could finally be Donny van de Beek's chance to start in the Premier League following a dismal start to the season.

The 24-year-old was once again an unused substitute in the weekend draw with Everton, just days after a touchline tantrum in which he threw down his training bib and chewed his chewing gum when it became clear he would not be involved in the closing stages of the Champions League win over Villarreal.

Given his track record at Ajax, there appears to be a peculiarity in modern football that a player on the periphery is backed by supporters to be their Messiah and that one simple change of personnel can completely transform the look of the team, though there is genuine reason to believe Van de Beek has such power.

Content created and supplied by: Ruthmwas (via Opera News )

Detectives Discover How M16 Riffles Are Acquired By Bandits, and Some Politicians Are Involved.