By CarolyneciousNewsHub (self media writer) | 10 months ago

Catherine Ndereba is a Kenyan marathon runner. She won the marathon at the World Championships in Athletics Twice and won silver medals at the Summer Olympic Games in 2004 and 2008.Catherine broke the women's marathon world record in 2001, running 2:18:47 at the Chicago. Ndereba has earned over KSh 110 million from the athletics.

Paul Kibii Tergat is one of the most accomplished long-distance runners of all time.Paul became the first Kenyan man to set the world record in the marathon in 2003, with a time of 2:04:55.He is remembered for winning five straight IAAF World Cross Country Championships titles from 1995 to 1999, a record.Paul Tergat has earned approximately KSh 78 million .

Pamela Jelimo was the first Kenyan to win the Golden League Jackpot in 2008. Jelimo earned Ksh. 108.3 million in the process.

He is well known by many as the former Kenyan best athlete . kipchoge keino owns the Lewa Children's Home for orphans. They founded KipKeino Primary School in 1999 and the KipKeino Secondary School in 2009.Keino also owns the KipKeino Sports House and Bookshop located at a bustling street on Eldoret CBD.keino properties net worth is at KSh 324 million.

Ezekiel Kemboi, is the only athlete who have won four world championships in his speciality.Kemboi is also one of only four men to have won both Olympic and World golds in the event.Kemboi's net worth is at KSh 160 million.

David Rudisha runs 800m race, where he has become the fastest male on the earth .Rudisha set a record in The Kenyan middle-distance runner where he earned his reputation, which it took him 1:40:91 .His wealth is estimated at KSh 160 million.

Julius Yego, is the African record and Commonwealth record holder for javelin with a personal best of 92.72m.He won the javelin title at the All-Africa Games in 2011 and the African Championships in Athletics in 2012 and 2014.In 2014, he became the first Kenyan to win a Commonwealth Games gold medal in a field events.Yego's net worth is estimated at KSh 250 million.

Kipchoge is described by many as the greatest male marathoner of all time.He is the current world record holder in the 42km marathon with a time of 2:01:39hrs, set on September 16, 2018, at the 2018 Berlin Marathon.Out of 13 races he has participated in, he has won 12 of them. 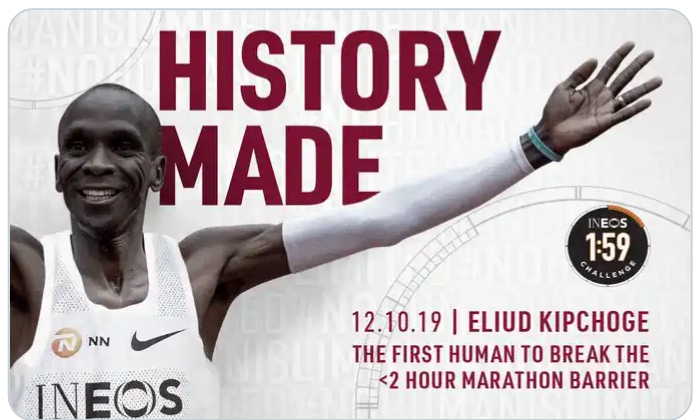