Kenya Books a Place in the CECAFA U23 Semi-finals

By TouchLineUpdates (self media writer) | 4 months ago

Kenya has booked a place in the Cecafa U23 Cup semi-finals after a 2-0 win over South Sudan on Wednesday afternoon. 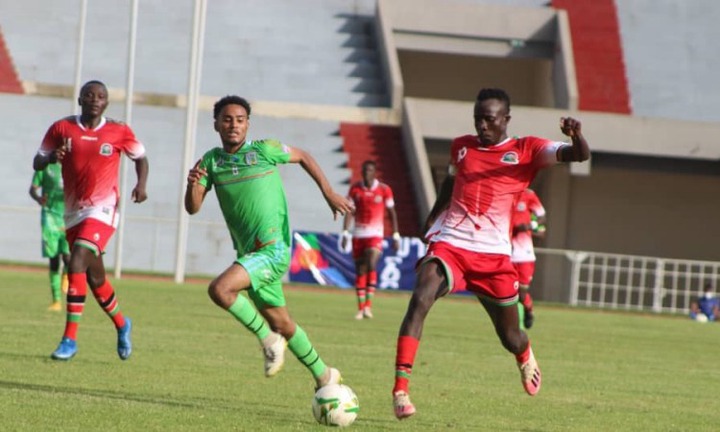 Goals from Reagan Otieno and Benson Omalla after the break were enough to send the Emerging Stars through.

Having been 3-0 victors in the opening match against Djibouti, another triumph was all the Emerging Stars needed to advance. However, it was not going to be easy against their opponents who were out for their first encounter in the tourney.

Both teams missed good chances in front of the goal in the first half which ended in a barren draw.

However, in the second period, Otieno gave the Stanley Okumbi-led side a lead in the 51st minute which was his second goal of the tournament.

The Emerging Stars had to hold on until the 79th minute for Gor Mahia forward Omalla to seal the win of the second goal. That was his second in the tournament as well. 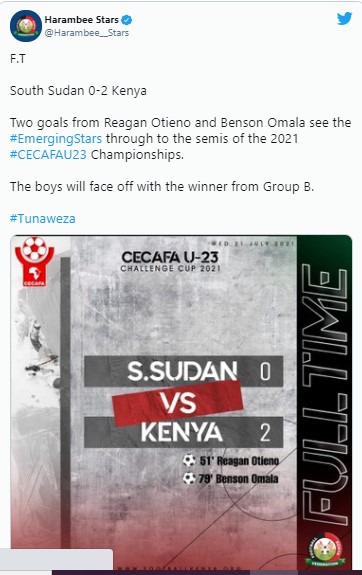 Kenya will now play the Group B winner in the semi-finals that will be staged on the 27th of July.

Forget Ramsdale And De Gea, Here Are The Top Premier League Goalkeepers With The Most Saves.

Ranking of Goalkeepers With Most Saves After Gameweek 13, See Where Ramsdale, Mendy And Degea Are

Five Ex Governors who are likely going to recapture their top County seats in 2022.