By Sportyprediction (self media writer) | 4 months ago

63 other teams will enter the third round this season with dreams of snatching Leicester’s FA Cup crown after the Foxes beat Chelsea in the final back in May, exacting revenge on the side who had knocked them out of this competition in the Last 16 in 2018 and in the quarter-finals in 2020. Brendan Rodgers’ side will have been devastated to lose in the manner they did at Anfield in the EFL Cup quarters last month after being 3-1 up, so that may bring even more determination to hang onto their FA Cup title for another season. Their recent home form should give them a lot of confidence too, having won four in a row at the King Power, scoring 12 in the process. 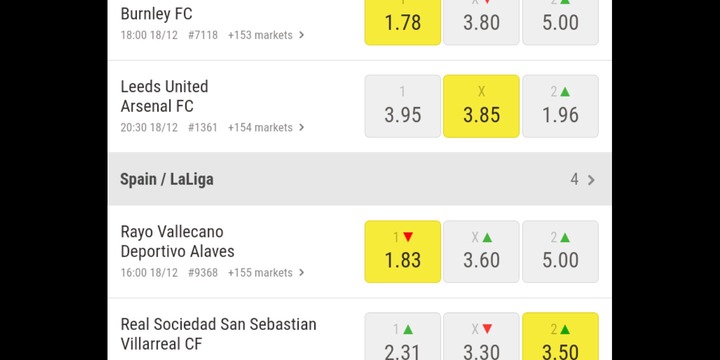 Since that infamous 4-1 result which got Ole Gunnar Solskjaer sacked as Manchester United boss, Watford have lost six games on the spin, dragging them right into the midst of the relegation fight. Just two points separate themselves and Burnely and the Clarets still have a game in hand too. Watford have also lost all but two of their away matches this season, beating a hapless Norwich City side 3-1, and that extraordinary 5-2 win at Goodison Park against Everton. The other six matches on the road have all resulted in defeats. After a hefty 6-0 defeat in the 2019 FA Cup final to a rampant Manchester City side, Watford have fallen at the first hurdle in the two seasons since, losing rather embarrassingly to Tranmere Rovers in a replay after being 3-0 up in the original tie, and last season to Man United.

Prediction: the match will end draw.